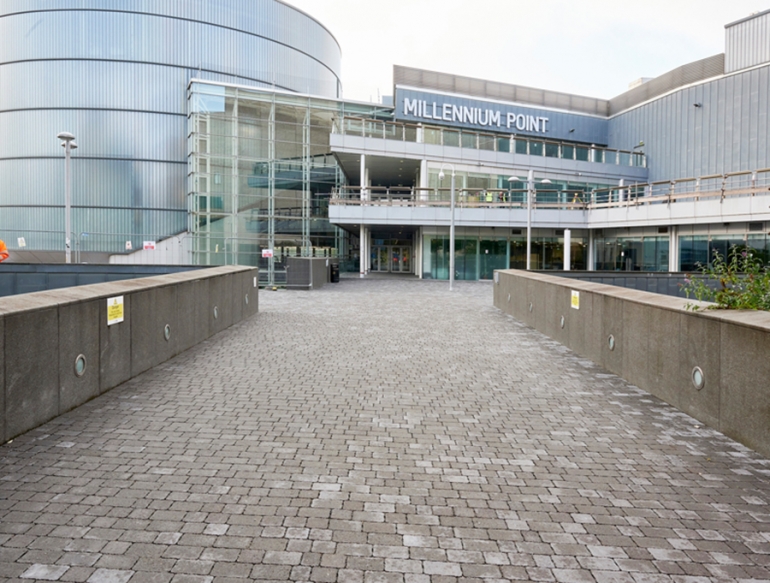 The award-winning city centre landmark opened in 2002 and is an events venue, meeting place and is home to Birmingham City University. Millennium Point is getting ready for an increase in footfall as travel and visitor restrictions are due to be relaxed during the course of 2021.

Brett Landscaping has worked with roof-scaping specialist Zoontjens and contractors Derwent Roofing Services Ltd. to replace the existing paving on the raised decks around the Millennium Point building with Brett Alpha Flow block paving. Dreen® paving flags have been used to improve the roof terrace used by the public and staff at the site.

The roof terrace area was installed using Brett Landscaping pedestal systems, which supports the use of expansive paving systems over large, roofed areas. By using pedestals the load weight of the paving is mitigated to ensure the supporting roof structure is not placed under undue strain.

The project was split into two different installations, both with the design objective of improving the areas that were leaking, and where the decking waterproof membranes needed to be replaced.

Alpha Flow permeable paving was installed on a suspended podium deck system which is used as the entrance to the building. The original granite paving was lifted out and working with contractor, it was decided that all of the existing peaks and troughs would be levelled to improve access to the building.

The original design contained undulations which were designed to manage the removal of surface water from the paved areas into linear drainage.

New waterproof membranes were installed to follow the contours of the original concrete slab covering the podium deck, however these were removed with the laying course and 1,610m2 of 60mm Alpha Flow was laid on top of the 2-6.3mm grit (which is compliant to BS 7533-13:2009 Table A.2.)

Surface water from rain can now pass through the laying course to the drainage outlets below the pavement.

On the building’s roof terrace, Brett Dreen® paving slabs were selected to sit on the Dreen® Fixed Plate Pedestal system. This system is designed for roof areas where access for maintenance may be required. As the system allows the placement of paving flags with interlocking corners, horizontal movement is eliminated while enabling sufficient water drainage through the open joints of the paving.

“The shape and design challenge of this landmark building meant that we had to carefully select the systems we used to provide Millennium Point with a long-lasting, hard wearing paving solution that could also competently manage surface water without springing leaks that could damage the supporting roof systems.”

Matthew Hoddinott, Business Development Manager, Zoontjens, adds: “We were very confident that the systems Brett Landscaping supplied would be able to upgrade the SuDS capability of the two public spaces. Using Alpha Flow and the Dreen flag paving on roof pedestal systems provides Millennium Point with two large spaces ready again for public use, and as an asset to the entire site.” 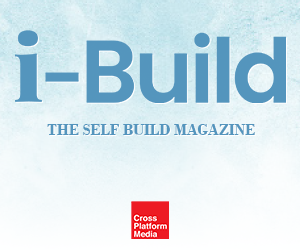