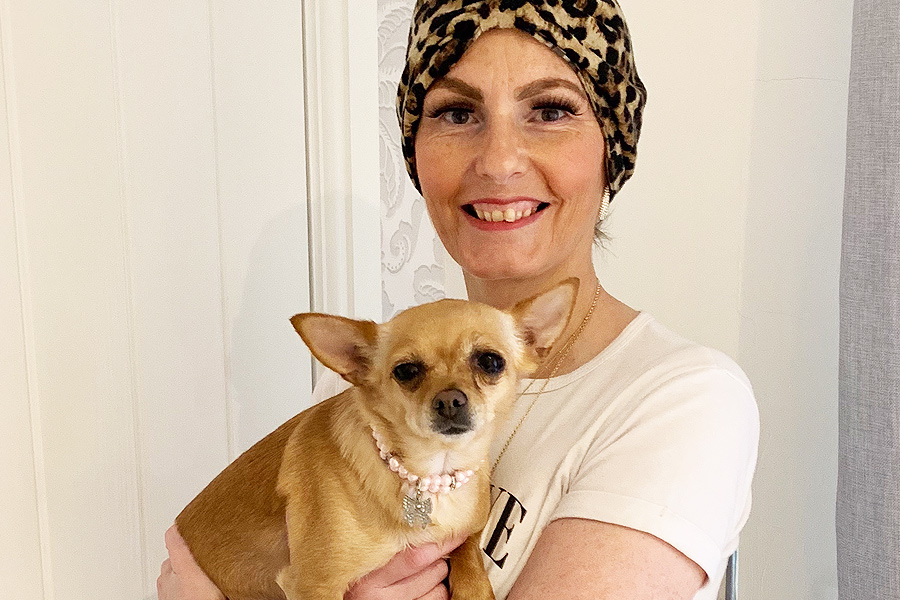 Tarmac has teamed up with Band of Builders a national charity for tradespeople, to help transform the garden of a South Shields woman whose dog alerted her to ovarian cancer.

The landscaping project, taking place on Saturday 19th and Sunday 20th March, is supported by the team from Tarmac’s cement business and will see half a dozen voluntary tradespeople landscape Tess Robinson’s garden to make it a more peaceful and relaxing space for her to continue her recovery from chemotherapy

These volunteers – who are part of the Band of Builders community – will offer their time and expertise to ensure Tess can benefit from a newly renovated garden. The main element of the project will be to build a new decked area in the garden so that Tess can sit outside and enjoy the sunshine.

Tess Robinson says that if it wasn’t for her dog Lola jumping on her stomach and smelling her breath, her low-grade serous carcinoma (LGSC), a rare form of ovarian cancer, may have gone undetected for longer.

After witnessing some peculiar behaviour from her chihuahua, the dog then jumped on Tess’s abdomen which resulted in her doubling over in pain and making the decision to go to A and E, where she was later diagnosed with stage 3 LGSC.

After undergoing a 12-hour operation to have a full hysterectomy, the surgery revealed that the cancer had spread to Tess’s bowel. Fortunately, recent tests have confirmed that the surgery and subsequent chemotherapy have been successful. Tess still has plenty of healing left to do but thanks Lola for saving her life.

Tess says: “I owe my life to Lola because she clearly knew something was wrong, and because of her I was able to seek medical help sooner.”

Friends of Tess Robinson told her and husband Paul – who is a plasterer – about the support offered by Band of Builders.

Founded in 2016, the charity was formed to offer fellow construction workers hands-on help during challenging times and has since grown to a nationwide community offering emotional, mental and physical support.

Garry Gregory, packed products director at Tarmac, said: “It’s an honour to work with Band of Builders yet again. The impact this charity has is immeasurable, not only to the industry but also to families and real individuals like Tess. This will be the 23rd project to date and we hope to be involved in many more to support tradespeople up and down the country.”