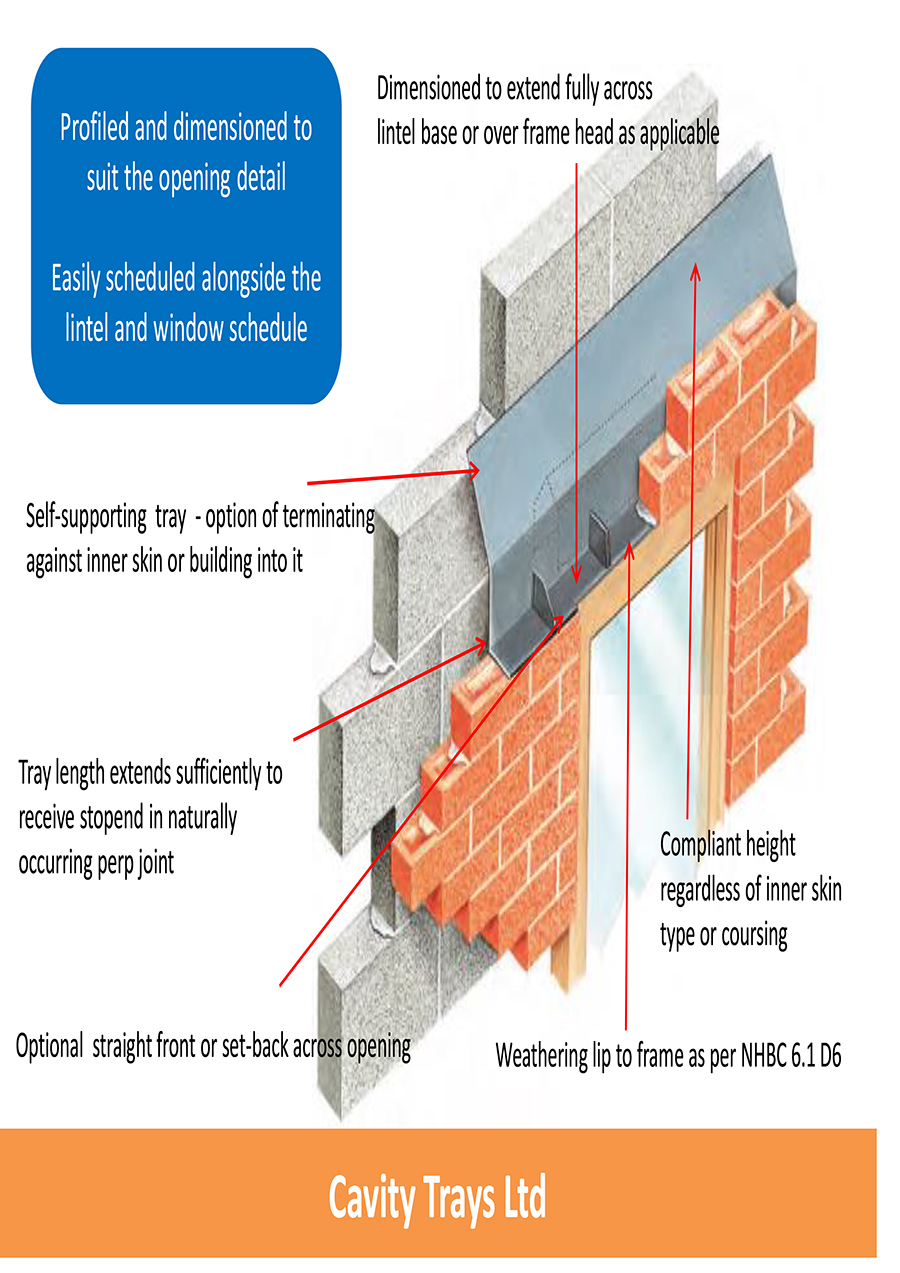 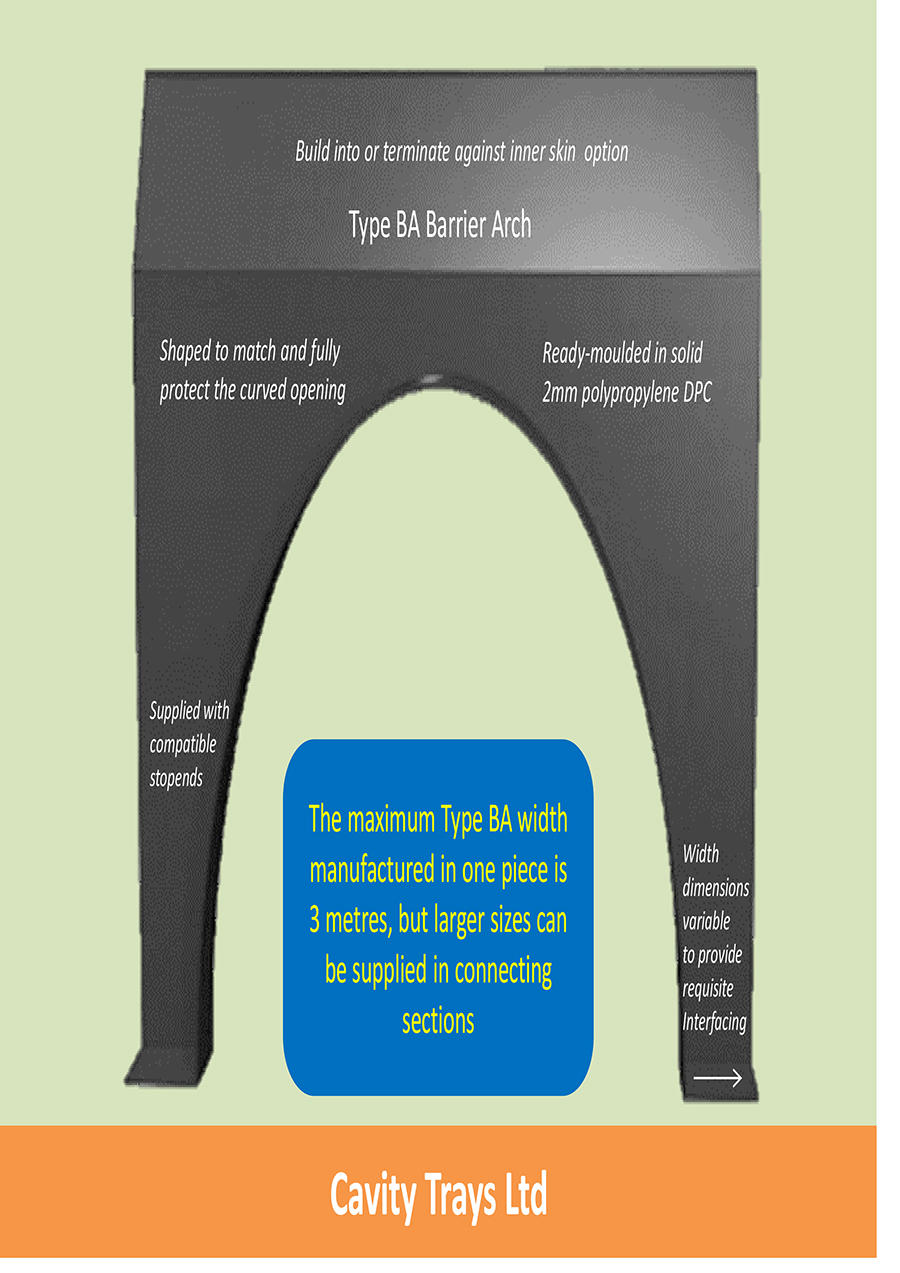 When forming window and door openings through a cavity wall, one of the most frequent errors is in the choice of DPC. Polythene DPC to BS 6515 is supplied in rolls and used in numerous applications on site.

As the horizontal DPC at ground level being the most common. But Polythene DPC to BS 6515 has been identified by British Standards as ‘not suitable’ where there is downward water movement – ie; at window and door openings, so how and with what material should one proceed?

To protect the head of the opening and arrest downward water movement requires an appropriately shaped DPC arrangement to transverse the cavity as it rises to a height of approximately 150mm minimum. If roll DPC is used, it needs supporting to hold it up, and this usually involves building it into the inner skin. Where that inner skin is of standard blockwork, the available bed courses are at 225mm intervals – so a compliant material of a greater width is required to get there! The material also needs to be sufficiently long to project well past both lintel ends, as stopends will be seeking a naturally-occurring perp joint, and perp joints also normally feature every 225mm with standard bricks.

An alternative approach is to use a preformed solid DPC Cavitray. Scheduled alongside lintel and window schedules, preformed trays are supplied ready-moulded to suit the opening arrangement so consistent compliant protection is assured every time. Trays are also self-supporting, so seeking that bed course in the inner skin is eliminated.

The advantages are amplified further when the opening head is not horizontal, but curved. Preformed arched Cavitrays match exactly the opening radius, and where numerous arches are in such close proximity that pinch-points are created into which large volumes of penetrating water would normally gravitate, Cavity Trays has also come up with an answer to prevent this and maintain repose.

Anticipating and evaluating potential water penetration routes has been the focus of the Cavity Trays team in Yeovil since the founder family started manufacturing one hundred years ago. It is the longest-established specialist in its field and the only UK cavity tray manufacturer awarded European Technical Approval. Its approved Cavitrays are accompanied with a performance warranty.

There is a CPD presentation available online that deals with the above points and tackles some really interesting aspects that possibly have not been previously raised or considered? Issued under the Cavity Trays Silent Study CPD banner and called Cavity Trays 3, it’s a bit slow to start but well worth worth watching through.