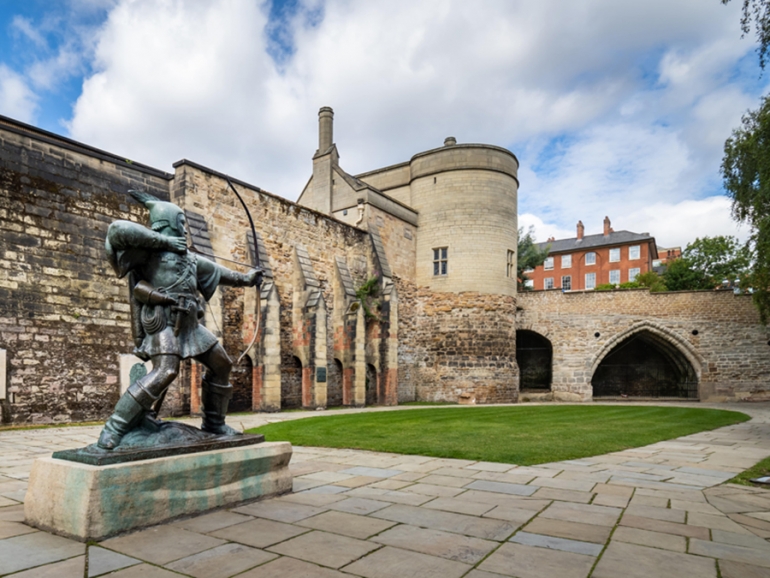 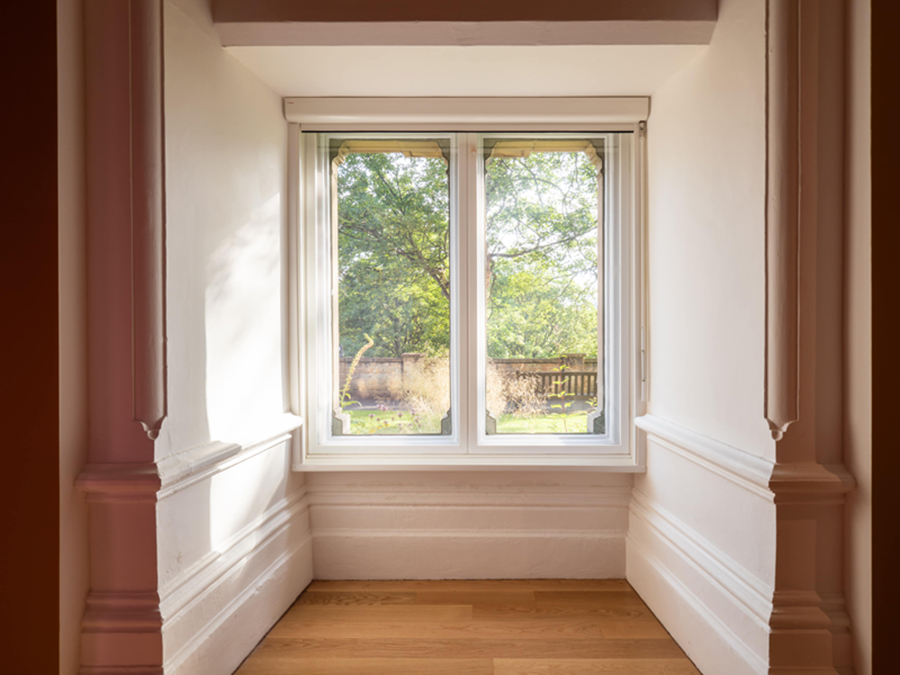 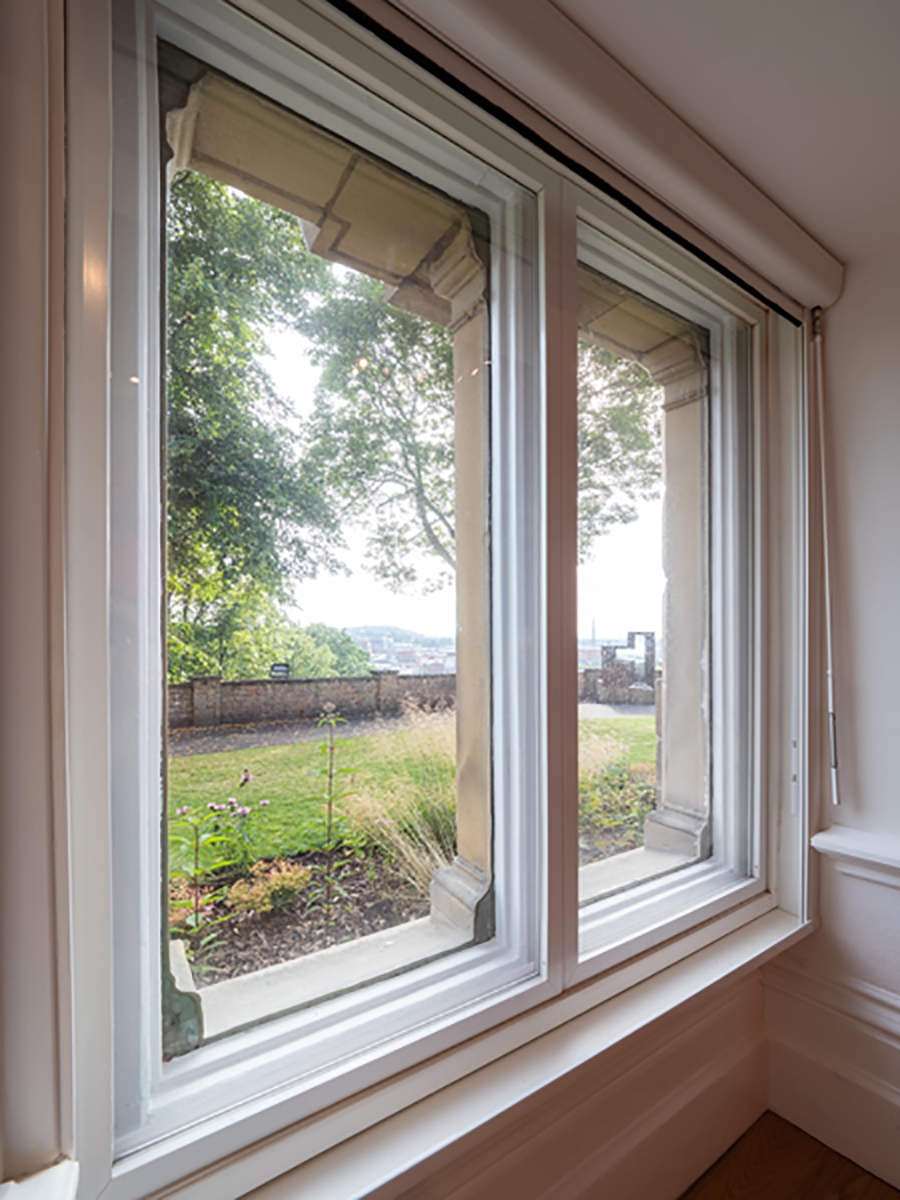 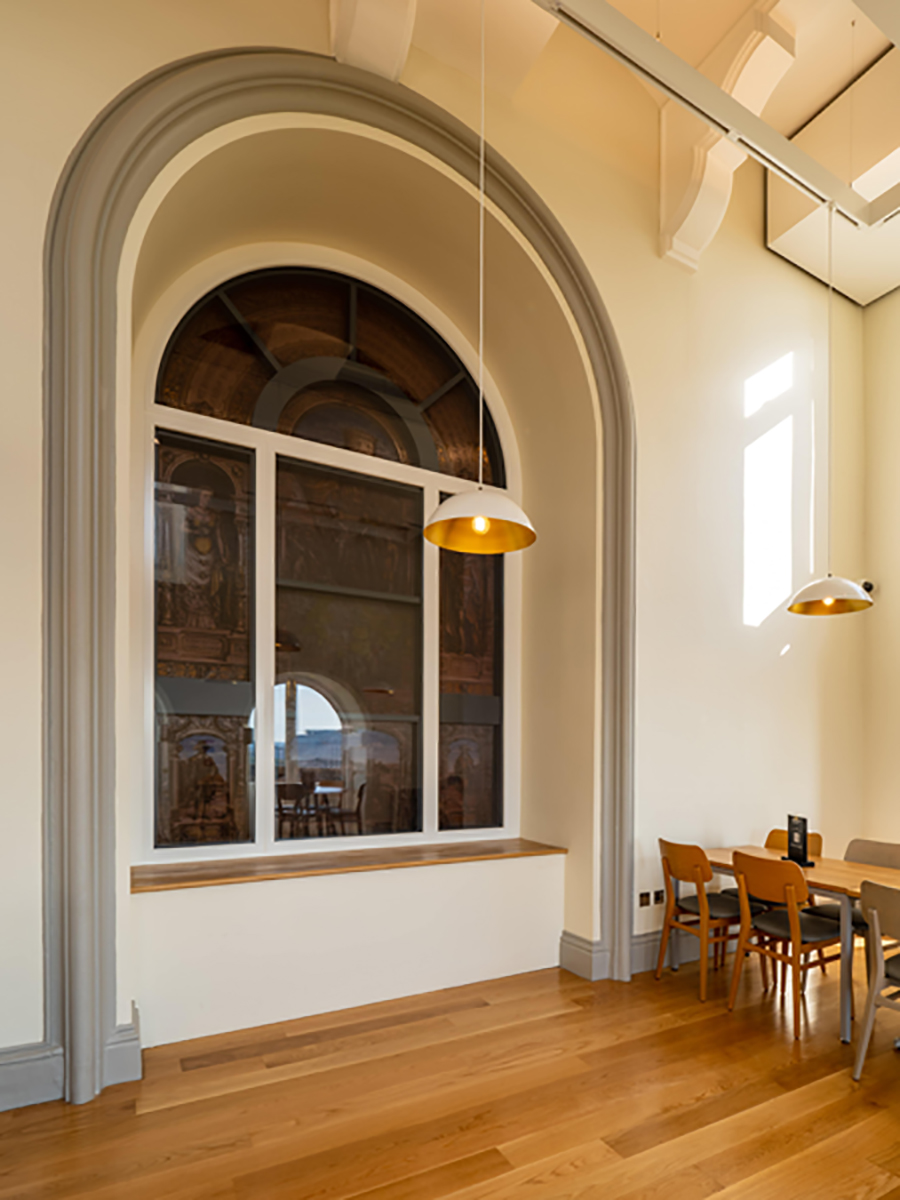 In 2018 the doors to the Grade I Listed Nottingham Castle were closed to visitors, while an ambitious 3 year, £30m funded project to revitalise and restore the 17th century Ducal Palace and its grounds was undertaken. .

A fortified castle, although now just ruins of what it once was, has stood on the hill overlooking Nottingham, since the original wooden motte-and-bailey design was constructed under the instructions of William the Conqueror in 1068.

By 1330 it had become a royal palace and was the scene of a bloody coup when supporters of the young Edward III entered the Castle. The ensuing years saw royalty come and go and was the location of many skirmishes during the British Civil War. In the 17th century it was rebuilt as a Ducal Palace for the Duke of Newcastle, and was then burnt down again during the Reform Bill Riots of 1831, until Nottingham Corporation had the building extensively remodelled as a museum and art gallery. Gradually the building fabric fell into a state of disrepair and required extensive work to reinstate it back to its former grandeur.

Architects Purcell (Nottingham) drew up the specification of works, for this Grade I Listed provincial Baroque Style building. To open up the gallery space, making it lighter and more inviting, security secondary glazing which met LPS1175 SR3 was to be installed in some of the ground floor windows. This would allow the exhibiting of more prized and valuable collections, as well as meeting the Government Indemnity Scheme requirements.

Selectaglaze worked with GF Tomlinson, the appointed main contractor, to ensure that the window reveals were strong enough to maintain the integrity of the security secondary glazing. Once all the preparatory work had been completed, six of the windows on the ground floor had two Series 43 demountable fixed lights, coupled side by side, installed in each with specialist laminate glass. The windows in the mezzanine are were not deemed as a risk point, so Series 10 and Series 80 horizontal sliders with 6mm toughened glass were installed to enhance thermal performance and make the space quieter.

As part of the redevelopment, a beautiful, fragile, and irreplaceable commemorative stained-glass window was restored and reinstated in its original location between the Café and Ducal Palace Galleries. It was originally commissioned to the Camm Brothers to make, to celebrate the 10-year anniversary of the Castle reopening in 1887. LPS1175 SR3 secondary glazing was installed on one side, as it was deemed to be in a vulnerable point of entry and would also provide protection and help keep it preserved. Due to its size and curved head, four units were coupled together to create a sensitive treatment.

With the project complete and new points of interest created to remember some of the legendary figures associated to the location; visitors will be able to enjoy its varied history and experience the heritage of this iconic site, sitting atop the hill overlooking Nottingham.

Sign up for monthly Selectaglaze e-bulletins, with recent updates, new blogposts and events.