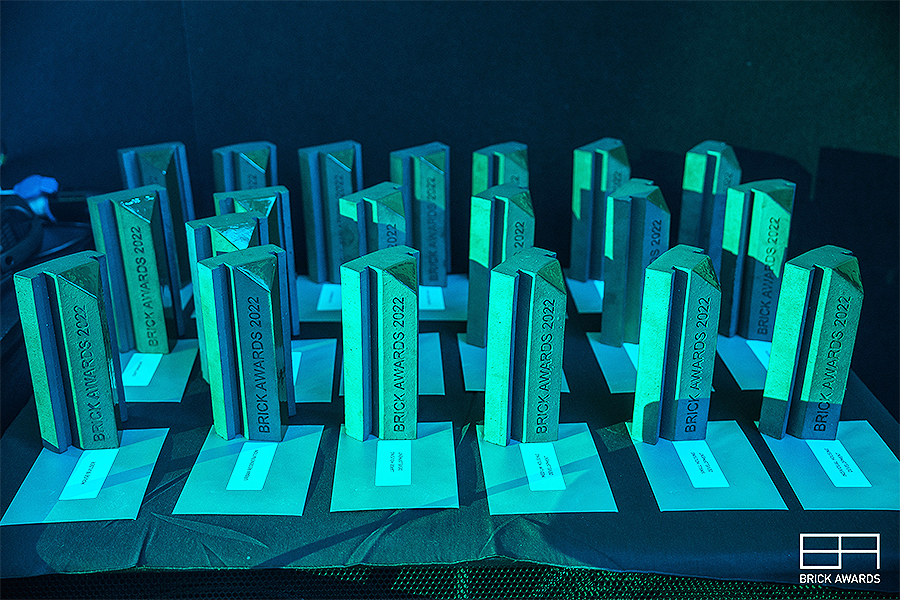 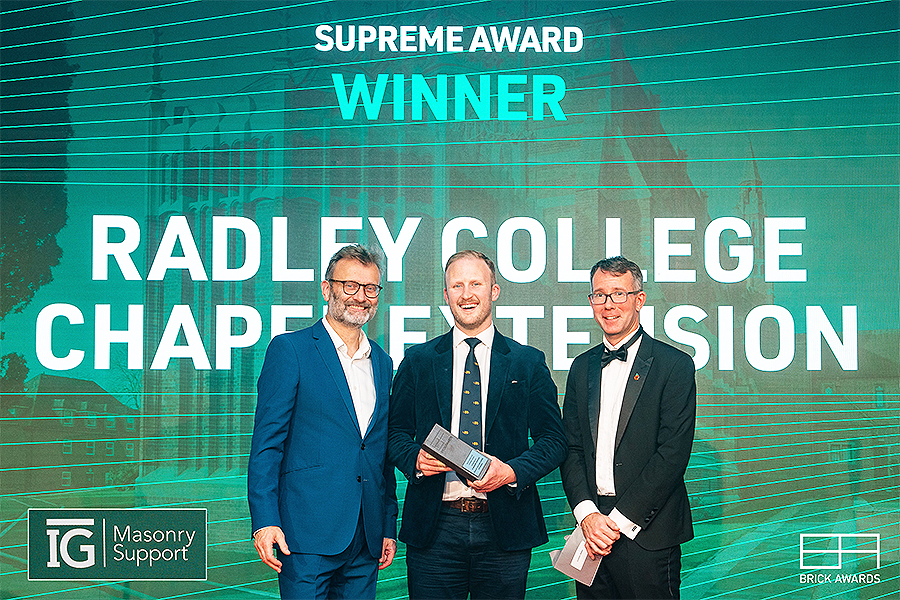 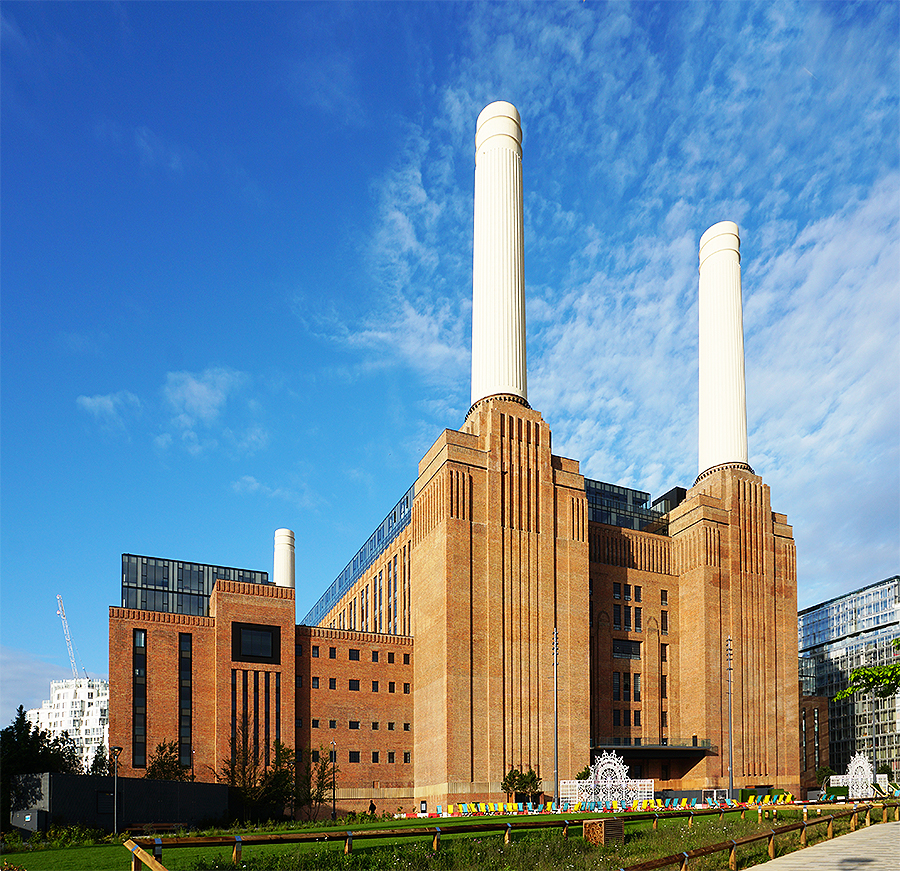 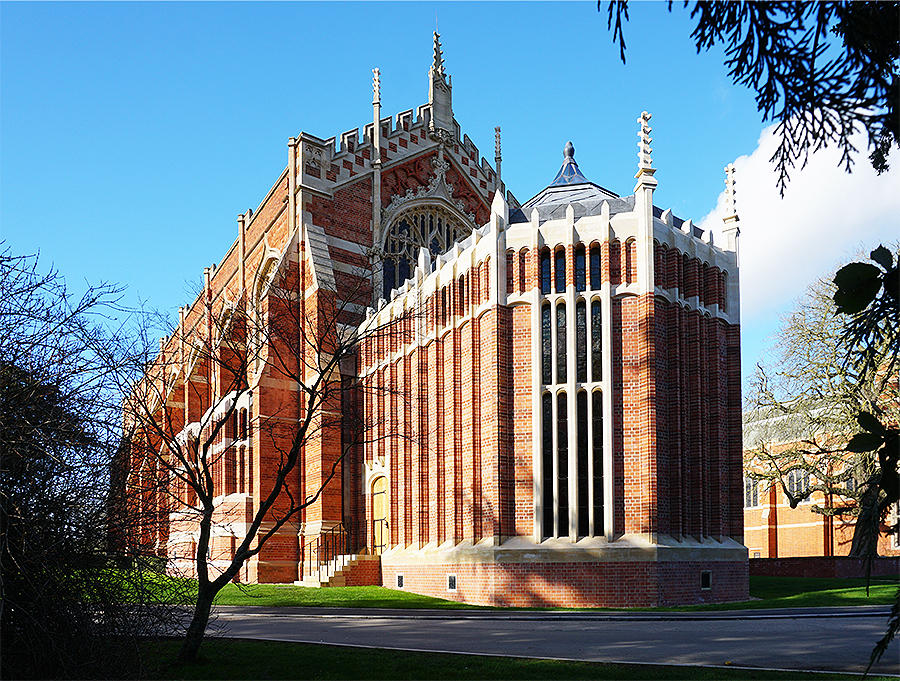 General Summary of the 2022 Brick Awards

The standard of the entries for this year’s Brick Awards, the Oscars of the brick industry, has been exceptional. Each category has been hotly contested and the judges had to make some tremendously difficult decisions, with a few very close calls. So I’d like to offer my warmest congratulations not only to the winners of tonight’s awards, but also to everyone who was shortlisted and commended. You should all be very proud.

This year’s overall winner, the extension to the chapel at Radley College, near Oxford, one of the country’s leading private schools, was exceptional. The judges praised “the overall use of brickwork and well-considered complimentary materials, which worked fully within a historic context, yet the building is still very much 21st century, vibrant and exciting.”. Elsewhere, there were some worthy winners, including an affordable housing development in Greenwich, a children’s hospital in Liverpool and an office block in Tehran. All demonstrated a true understanding of potential of brick and its relationship with its immediate environment, together with the importance of sustainability.

Speaking more generally, the stellar standard of this year’s awards is a magnificent advertisement for the humble British brick. With its solidity, longevity, sustainability, beauty and familiarity – not to mention its startling regional colour variations – brick remains so attractive for developers, architects, self-builders and renovators. Let’s start with a killer fact. Bricks, on average, constitute 70 per cent of the appearance of a building, but only four per cent of the cost. They make the soundest economic sense, especially as they are incredibly easy to maintain.

If the economic case for bricks is persuasive, so too is the sustainability and ecological argument. Of all building and housing materials, bricks are one of the most environmentally friendly – as well as one of the safest. And, of course, British bricks are the most environmentally friendly of all because their journey from the ground to the completed building is far shorter than their foreign competitors.

At the same time, bricks are remarkably sustainable throughout this life cycle, from the production process, through packaging to building. Meanwhile the porous structure of bricks offers a huge advantage: the ability to accumulate heat. In winter, during sunny days, bricks can store heat from the sun and radiate the energy back when necessary. During the summer they can combat the heat and thus avoid overheating a building. With energy bills going through the roof, this is a priceless asset. All major British brick manufacturers take their sustainability responsibilities extremely seriously, recycling energy and waste wherever possible and supporting the circular economy.

Ever since brick was first used as a building material, way back in southern Turkey in 7200 BC, it has been both popular, long-lasting and effective. Today, many centuries later, the argument for building with brick has never been so strong and so timely. As the cost of living soars, and fears about the effects of climate change grow daily, bricks provide perfect answers to both problems. And, once you factor in its effortless and enduring beauty, the case for British brick is irresistible.