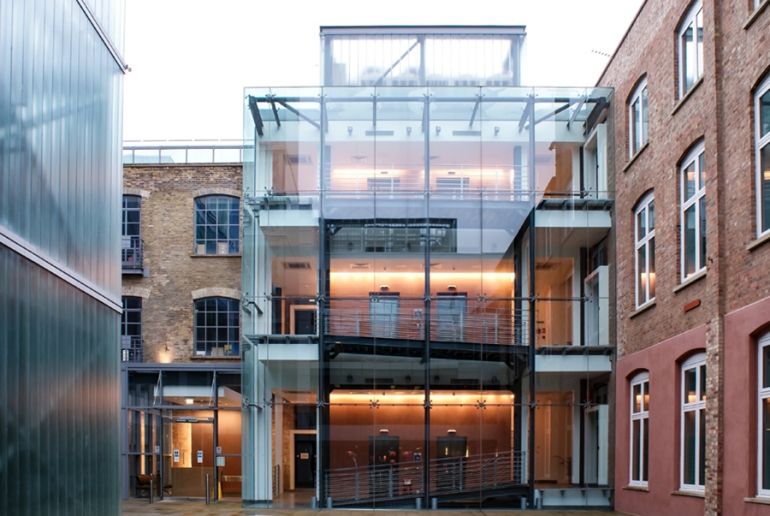 Conserving Heritage is Vital for the Modern Built Environment

After seeing numerous historical sites and buildings cleared in recent decades to make way for modern structures, many within the property and construction industry are pushing conservation and heritage to the top of the agenda when discussing the built environment.

Chris Monk, managing director at The Input Group – a full-service construction firm that has worked on multiple heritage projects, including the restoration of St Pancras International – believes the conservation of historical buildings is the cornerstone of a varied and unique landscape.

The planned preservation of historical and heritage sites is hugely important for both urban planners and end users alike. These buildings provide not only a nod to the past but also contribute to the diverse and distinctive fabric of the built environment.

I personally consider heritage buildings to be a key part this and maintaining and restoring them is our gift to future generations. Indeed, UNESCO defines heritage as encompassing the ‘tangible and intangible, natural and cultural, movable and immovable and documentary assets inherited from the past and transmitted to future generations by virtue of their irreplaceable value’.

As a result, they should be repaired and protected wherever possible. It’s far too easy to tear down a building built 200 years ago and replace it with a modern option. Heritage buildings offer up character and value to the urban landscape, bringing architecture from another period of time – so I firmly believe that conservation should be considered the first option.

A flagship project where this approach was successfully taken was the Eurostar terminal at St Pancras International Station.

In 2007, Eurostar decided to move its operations from London Waterloo to St Pancras, taking advantage of the historic surroundings and the UK’s first high-speed line, the HS1. We were appointed as architects on behalf of Eurostar to strategically design sections of the iconic station as part of a £800 million restoration. This required careful conservation efforts to redefine the station for the 21st century, marrying iconic Victorian architecture with state-of-the-art facilities to create the now iconic and much beloved station.

Detailed visual mock-ups of the walkways and flythroughs were created to demonstrate spatial awareness and in an 18-month project, we worked as Eurostar’s final delivery contractors to design, manufacture and install the station fit-out

The result was a building that remained true to its heritage, while also being fit for purpose in the modern world, so we were very proud to be awarded the RIBA English Heritage Award for the project.

Remaining faithful to the history of a building is key with conservation. Railway historian Gordon Biddle described the 1878-built Furness Railway station at Ulverston as ‘the most elaborate station of its size in the North West’. Therefore, when upgrading facilities at the station, we knew we had to keep any additions sympathetic with the historic red sandstone and cream ashlar trim building.

As part of the works – which were undertaken for the then railway operator Transpennine Express – the team turned the former gents’ toilets into a cycle store and workshop, keeping the design and construction in line with the historic nature of the building to retain the historic aesthetic.

However, maintaining the striking visuals of a heritage building can be a challenge when adapting for modern usage, such as the facilities we renovated at Times House and Laundry Building, catering for contemporary residential and office requirements.

A 3.5-acre freehold estate, adjacent to King’s Cross Station in the heart of central London, the Regent’s Quarter is dominated by periodic Victorian architecture. Our team were tasked with rejuvenating and converting the existing facilities of Times House into three blocks of residential, office, and retail space.

We undertook a considered rejuvenation of the site, updating its facilities to deliver vibrant residential living and modern offices for Eurostar employees. We first worked on the development in the late 1990s so we were excited to return to and renovate the site, preserving its history while bringing its sustainability credentials into the twenty-first century. Geothermal cooling systems and bio-diverse roofs were installed, with the office space aiming for a BREEAM Excellent rating.

The project was completed by converting a listed former horse stables into corporate offices, giving the Victorian warehouse a new lease of life, while nodding to its former usage. Returning to a project we worked on more than two decades ago to salvage history and transform the building for contemporary use was important and rewarding work for our team.

Conservation projects also go far beyond the aesthetics of the urban landscape. The specialist nature of heritage conservation also ensures that restoration projects provide support for the local economy. They can help to create local employment – a priority for us as we will, wherever possible, engage a local, smaller supplier to work with and use our infrastructure to upskill their team and grow their business.

End users also place value on historical structures with residential and commercial buildings wielding much higher property values – both for the building itself and nearby properties. There is also the impact of tourism. While not every conservation project will attract visitors, heritage tourism is closely twinned to historic buildings thanks to their connection to the past. 23 million people visit Kings Cross St Pancras station each year, with the majority made up of tourists – therefore the impact of successfully marrying the past and present was crucial.

By favouring restoration over replacement, we not only preserve history for future generations but add visual variety to the built environment – which in a modern world of architectural glass and steel, is no bad thing.