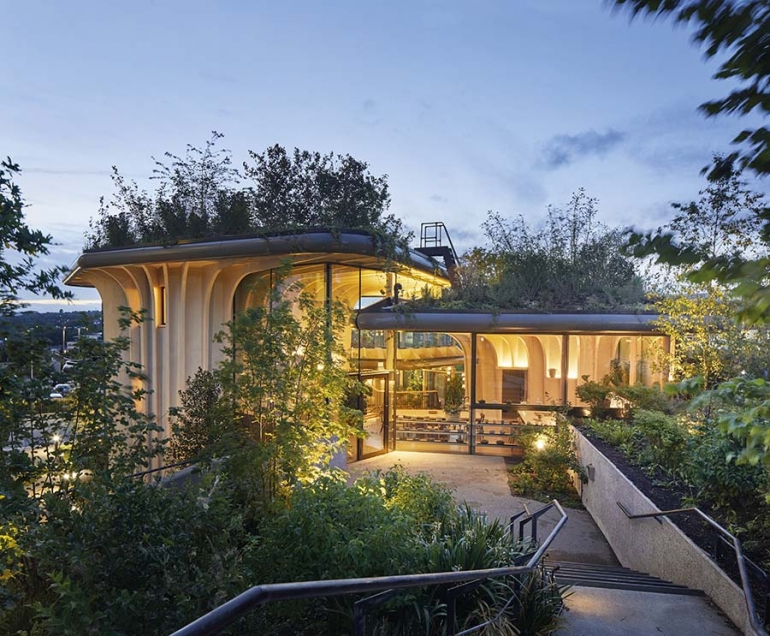 This is springtime. Historically, it is also the time to experience the annual Surface Design Show held annually in London. Sadly, that was not to be because of its COVID cancellation until February next year. Happily, the Surface Design Awards themselves were unaffected and this year attracted 113 entries from 18 different counties. The three main winners are illustrated here and detailed at the end.

Colourful news to bring visual cheer was the announcement of Pantone’s ‘Colour of the Year’. It’s said to be a message of happiness supported by fortitude, the combination of PANTONE 17-5104 Ultimate Gray and PANTONE 13-0647 Illuminating (Yellow) is aspirational and gives us hope. We need to feel that everything is going to get brighter – this is essential to the human spirit.

As people look for ways to fortify themselves with energy, clarity and hope to overcome the continuing uncertainty, spirited and emboldening shades satisfy our quest for vitality. PANTONE 13-0647 Illuminating is a bright and cheerful yellow sparkling with vivacity, a warming yellow shade imbued with solar power. PANTONE 17-5104 Ultimate Gray is emblematic of solid and dependable elements which are everlasting and provide a firm foundation. The colours of pebbles on the beach and natural elements whose weathered appearance highlights an ability to stand the test of time, Ultimate Gray quietly assures, encouraging feelings of composure, steadiness and resilience.

Another awakening in discussing surface trends is quite different from the stimulating aesthetic choices which this year’s winners demonstrate. This is to look at surfaces not as a tactile, visual treat but in certain circumstances, as a vital help.

Obviously, the character of glass and the design of curtain walling will change in the future. As Dr Ronan Daly, Head of FIAM (Fluids in Advanced Manufacturing) and Senior Lecturer at the University of Cambridge, is quoted as saying: “Smart technology applied to glass has the potential to perform a number of important tasks – from identifying the presence of bacteria on a hospital window to performing as a touchscreen display.

“Conductive materials can already be printed onto flat surfaces, and alongside the NSG Group, we’re now overcoming the physical challenge of completing this for curved applications – this opens up new opportunities for designers to use glass technology to solve their modern design challenges”.

Another element of surface design which is rarely discussed but fundamental to the exterior design of buildings is the science of sciography. This is defined as a study of shades and shadows cast by simple architectural forms on plane surfaces. In other words, it is the effect of the sun shining from the left at a 45º angle and the resulting ever-changing three-dimensional effects this has.

This is stunningly obvious in hot countries and where the sun is a constant influence. It is why classical architecture, such as the Acropolis in Athens stands out in a visitor’s memory because of the shadows of columns on the main wall set well back behind.

Even in less warm climates, such as the UK, the addition of a balcony to an otherwise flat elevation (such as on some of those boring mass-market housing developments) makes a stunning difference. The shading of a surface and the changing intensity brings out patterns and colours that transform throughout the day, thereby helping to create a facade that can come alive.

For the second year running, a project based in India has picked up the prestigious ‘Supreme Award’. Designed by IMK Architects for the Symbiosis Society Pune, the 216-bed hospital was also awarded the winner of the ‘Public Building Exterior’ category.

Winner of both the Housing Interior and Exterior categories, Bumpers Oast was designed by London practice ACME for a private client. It is a modern interpretation of a hop-drying kiln. Five tile-clad towers make up this Kent-based house.

“A very sensitive design where the use of natural materials makes this a very sustainable project,” commented the judges.

Maggie’s Centres have been regular winners over the nine-year history of the Surface Design Awards. This year, Maggie’s Leeds picked up both the Light + Surface Interior and Exterior categories. Designed by Heatherwick Studio for Maggie’s, the lighting for the project was designed by Light Bureau.

“It is just beautiful and comfortable, which is what it was designed to be,” said the judges. “We love the concept of having just the right amount of light.”