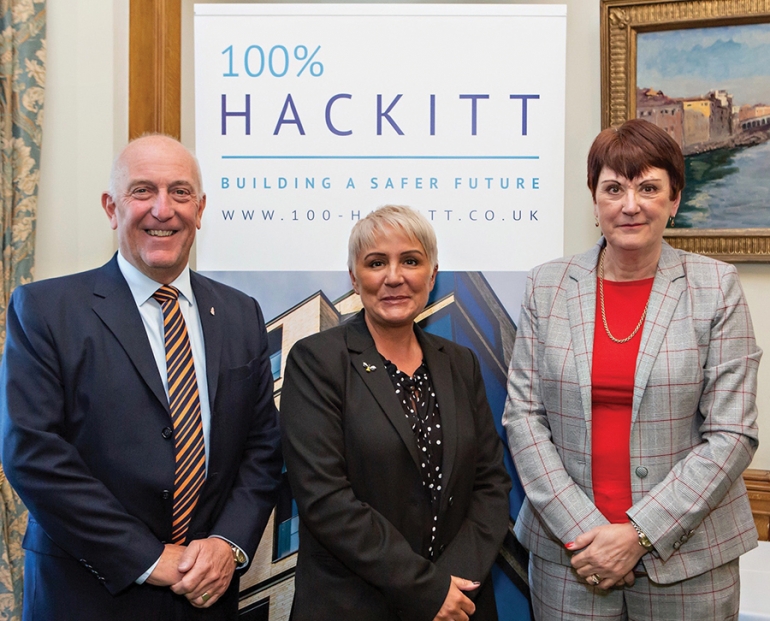 An investigation into 100% Hackitt

In October, the British Board of Agrément, in conjunction with Local Authority Building Control, launched 100% Hackitt, a joint venture to press the Government to introduce all 53 of Dame Judith Hackitt’s recommendations. Claire Curtis-Thomas, Chief Executive of the BBA, discusses why the initiative is important and how the industry can get behind it. 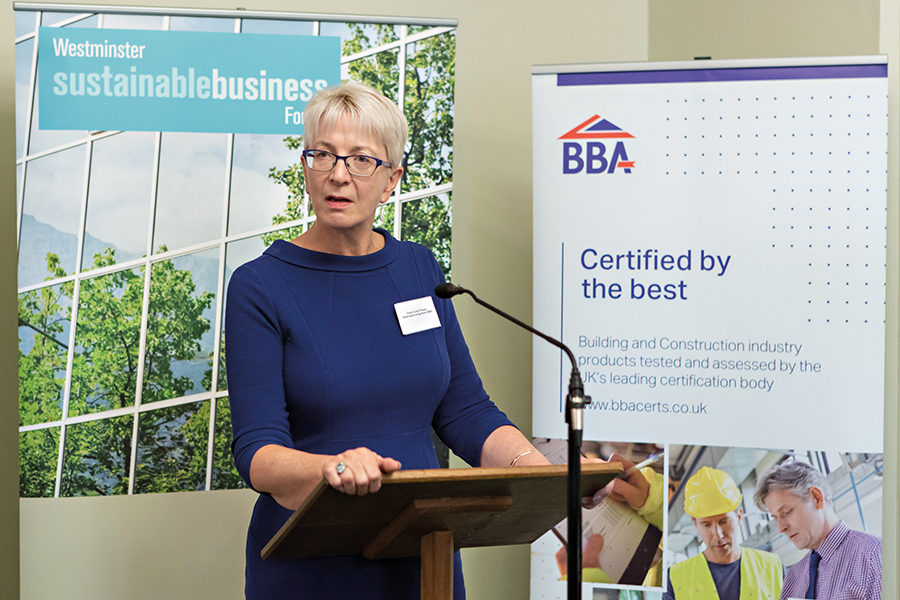 Claire Curtis-Thomas graduated in mechanical engineering from University College, Cardiff, and gained an MBA at Aston University. Her industry experience was gained with Shell UK followed by roles at Birmingham City Council, initially as Head of Corporate Affairs and later as Chief Executive of Birmingham City Council Laboratories. During her time in Parliament, Claire championed a number of issues on behalf of the construction industry.

Dame Judith’s report put into writing what many within the construction industry already knew, that fundamental change was required from the grassroots up. We saw it in our conversations with manufacturers, installers and clients who talked of the challenges they faced with procurement practices. For LABC, the conversations revolved around deregulation, red-tape and self-certification.

For both organisations, the outcome was the same; lower prices and lower quality or, in Dame Judith’s words, the “race to the bottom”.

100% Hackitt is our rallying call to Government to implement all 53 of the Hackitt recommendations. And we are aligned with Dame Judith on this point; she warned that cherry-picking from her proposals would compromise their overall effectiveness. It is exactly this ‘pick-and-mix’ approach that the BBA and LABC are urging the Government – through 100% Hackitt – to avoid.

100% Hackitt is a space for everyone who wants to see systemic change in the construction industry and has relevance throughout it, providing a real opportunity for stakeholders to help shape its future. For the BBA, it is about supporting good manufacturers, contractors and installers who want to do the very best for their customers. For LABC, it is about re-establishing the public sector ethos and preparing for additional responsibilities for local building control teams through the proposed Joint Competent Authority.

At the launch, Lorna Stimpson, Deputy Managing Director of LABC and a qualified Surveyor, spoke passionately about her experiences, recounting how developers can shop around to find the building control supplier – generally private sector – that best suits their needs. In one recent example, the developer of a £60m scheme of high-rise tower blocks stipulated just 10 inspections at a cost of a few thousand pounds for the entire project, which Lorna rightly believes is both “ludicrous and dangerous”.

Her comments were echoed by Roberta Blackman-Woods MP, Shadow Minister for Planning and Local Government, who said: “It is totally unacceptable that developers are able to choose the building control inspectors they will work with. How did we get to this point? I call on the Government to implement all the recommendations of Dame Judith Hackitt’s review and fix the broken system of both the Building and Fire Safety Regulations.”

I recounted the BBA’s experiences in talking to local authorities and housing associations about the installation of insulation products, which revealed the impact procurement practices were having. Major contractors were winning contracts and then turning to their suppliers for discounts, squeezing margins so tightly that quality absolutely suffered. Hackitt provides a joined-up way in which only contractors of good standing can bid for contracts with local authorities and housing associations, thus removing these questionable practices.

Dame Judith also outlined some of her concerns at the launch event, highlighting how during conversations with stakeholders, one message came through loud and clear – that her recommendations shouldn’t tinker or tweak, but put forward fundamental change because, as she stated: “We have known for a very long time that this system is not working…residents don’t get listened too, experts who try to advise don’t get listened too. There is a general need for a massive culture change across the whole piece.”

Her vision is for a far less complex regulatory system, which she described as “nothing short of a mess” at present. “What we have devised is much simpler, but believe me; it will be tougher and more effective in terms of holding people to account. It will include a stronger enforcement package. It will also – if implemented correctly in the way that I intend – ensure that some of the current and very obvious conflicts of interest around who regulates as well as who advises industry get sorted out.

“We will introduce this principle of making the case for why a building is safe, and that rests with those who are going to build the building or who own the building and run it rather than the current system where it is up to the regulator to say whether it meets the rules or not.

“Running through all of this is this notion that a high-rise building is indeed a complex system and many of these current nonsenses of common parts and compartments which are separate need to be wiped out of our language. You look at the building as a complex, holistic system. That then needs to drive clear responsibilities where everyone knows what they are responsible for and who is responsible at every stage in the lifecycle of the building.”

100% Hackitt is designed to do what it says on the tin and has support from senior figures across the construction and fire safety sector, including the Fire Sector Federation. Its Executive Director, Dennis Davis, said the federation backs the initiative because of the need for a “mandatory, controlled system that allows us to balance what we want – innovation, good buildings, new ideas and growth in our economy – with sensible restraint that ensures shortcuts and economies aren’t made and shows that people are competent, resulting in safe buildings for those who occupy them.”

During the launch, I described 100% Hackitt as “the best thing for the British construction industry in a generation” simply because the Hackitt review has the potential to help eradicate bad practices and provide protection for the public if it is implemented in full. Parts of the industry have already introduced changes to working practices and relationships voluntarily, but many of the recommendations fall to Government to implement and we, therefore, need to keep the pressure on.

The BBA and LABC have seen the consequences of poor practices within our industry and we are determined to do our best to make a difference. We urge you to join us.