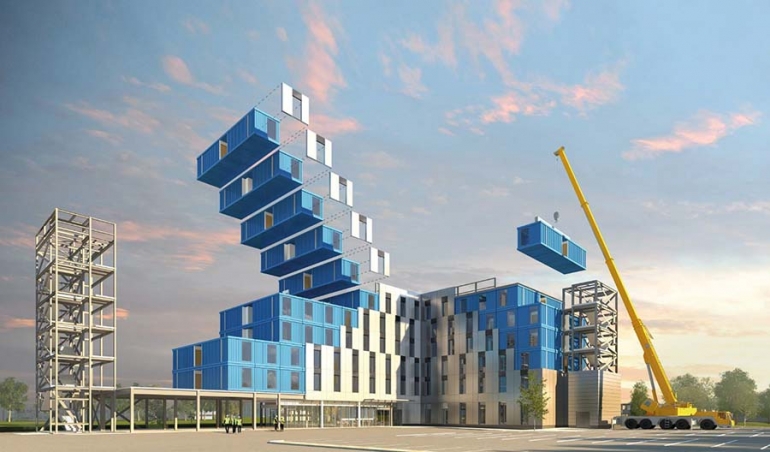 If the past few months of being stuck indoors have taught us anything, it’s the importance of being able to reside in a home where we feel comfortable, secure and protected. It seems like a cruel twist of fate then, when you consider that some of the people we’ve relied on most throughout the pandemic – such as healthcare assistants, carers and supermarket workers – just happen to be some of the lowest-paid workers in the country; in some cases, living in the poorest housing.

With jobs lost heading towards the millions, inflation rising and the UK now officially in recession, plus the fact that almost 90,000 households in the UK are currently in temporary housing, there’s never been more of an urgent need for high-quality, affordable housing. The sector knows it, as does the Government. With the Prime Minister, back in July, announcing huge investments into building over the next decade as part of his ‘Project Speed’ initiative, the UK is going to need to balance speed with quality to create fit for the future homes.

In order to build the level of housing required, the construction sector is going to have to think above and beyond the ‘norm’. Modern methods of construction, such as modular, have long been cited as a way to build quickly and within budget. However, over the past decade, they’ve not quite been adopted as hoped. But with more major house-builders now taking modular building methods on board, and the market prime for new ways of working, now could finally be the time when this type of construction sticks.

Why modular? Why now?

Research by the UK Commission for Employment and Skills (UKCES) estimated that if 25% of the UK construction sector moved to off-site building, it would achieve a 3.6% increase in productivity, while new homes could be built 30% faster. As a prime example of this need for speed, you only need to look at somewhere like Greenwich, which has more than 20,000 people on the housing waiting list, with an average wait of almost three years. In August, its council signed a £300m contract for the delivery of up to 750 new modular homes to address this. The homes can be built in less than two weeks, rather than the typical six-month construction period. Just a few days later, Caledonian Modular was appointed by Lewisham Council to deliver 112 affordable modular homes – demonstrating a clear shift towards modular in this space.

Modular construction is not only faster and more efficient, but it’s also better for the environment. Working in bulk numbers has a variety of sustainability advantages, for example, transporting large parts of a building in one go cuts down on the transport required to take each individual item to site on its own, thereby cutting down on emissions. An analysis comparing the carbon footprint of traditional construction to modular found that modular cut greenhouse gas emissions by anything from 17 to 30% and that modular materials tend to be more energy-efficient. It’s likely that this will be extremely attractive in helping the Government reach its net zero-carbon target as well as tying in with the Government’s recent drive to encourage existing homes to be upgraded with solutions that will make them more efficient and environmentally-friendly.

Modular construction also provides an opportunity to rethink the materials that go into our buildings. As the products are being produced in a controlled environment, without the complexities of completing all the work on site, manufacturers can be more flexible in their choices and use solutions that wouldn’t have been practical previously.

One example of this is the ability to use PVC alternatives to replace products that have been a mainstay of construction but which are less well-suited to today’s realities. This is the case with tiling in kitchens and bathrooms, which is typically heavy, expensive and time-consuming to install. Instead, PVC panels that look identical to traditional tiles are not only perfect for off-site construction practices, as they can be quickly applied within volumetric modular factories, but they can also be more easily tailored to the developer’s specific requirements.

PVC solutions produced in a factory can be rapidly and simply altered to the design, size and form the project needs, as they aren’t restricted by the typical constraints of ceramic tiles, where extensive customisation can be difficult or cost-prohibitive. Plus, the use of PVC panels means the end-user is given a bathroom or kitchen environment free from the issues associated with tiles, including removing the need for grouting, which can harbour mould. In addition, the end-user benefits from the fact that they have a robust, Class 1 fire-rated material that is really easy to repair and replace.

As mentioned above, off-site solutions often have a sustainable edge over traditional materials. Despite the bad environmental reputation that PVC has, this is also the case with PVC panels made, as compared to ceramic tiling it incurs a much smaller carbon footprint to produce, move and install. Over the lifetime of the building, PVC panels are 20% more thermally-efficient than tiles, and when it comes time to repair or replace them, they are much easier to recycle.

The innovations that are now possible thanks to off-site techniques are mirrored in a number of other building materials. Fully glazed and finished window systems connected to cavity barriers can be supplied in one go and simply slotted into a building’s timber frame, removing a long list of tricky and technical processes that would otherwise have to take place onsite. When it comes to heating, many developers are turning to off-site-fabricated boiler rig modules due to the fact that they allow for multi-boiler installations to be quickly carried out while simultaneously helping to improve safety levels onsite.

Modular: how do we make it stick?

Despite the numerous benefits, currently only around 5% of construction in Britain is built off site. A traditional sticking point when it comes to modular construction has been negative perceptions around the look, feel and quality of homes developed via this method. Unfortunately, the image of ugly post-war, prefab developments has stuck.

However, innovations in both processes and products within modular mean that house-builders are now able to create unique looking homes with high-quality materials. Plus, many modular developments are now created with new neighbourhoods and facilities as part of them, fostering an active sense of community. So, thankfully, the old notion that these developments are somehow second rate to others is becoming obsolete.

Plus, with many large house-builders, architects and top-class design teams now firmly with their toes in the modular waters, it’s to be expected that many more will follow suit. A recent survey found that 80% of social housing providers will utilise modern methods of construction over the next five years. The more great case studies of affordable and attractive modular housing the industry can get under its belt, the quicker this type of construction will start to become the first-choice for affordable housing projects.