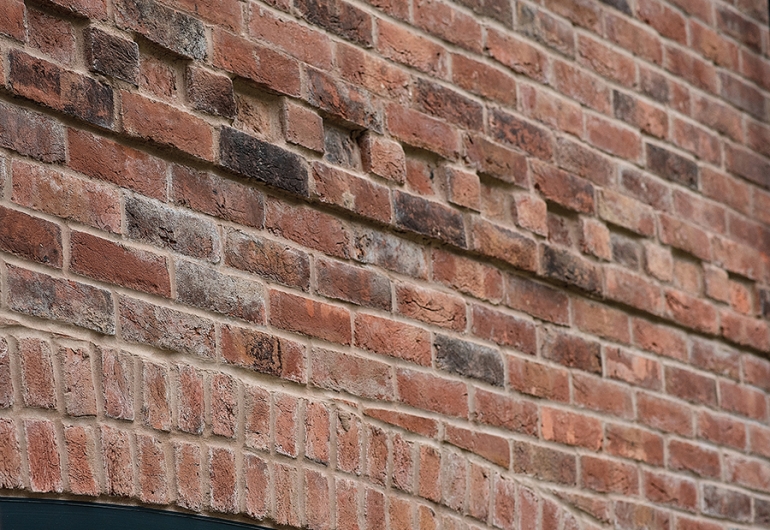 Unlike some construction materials, bricks have never gone out of fashion; brick buildings from every era can be seen in most UK towns. They are very much on-trend now; we’re seeing higher demand in particular for regionally appropriate handmade bricks, for both conservation, refurbishment and new-build projects.

olours and finishes vary around the country, depending on local materials which were originally used to make bricks. Previously, it has been difficult for specifiers and developers to find an exact match for some traditional bricks in the quality and quantity required, particularly as reclaims are increasingly hard to source and expensive. Metric versions of handmade bricks (to work with modern blocks and lintels) were also fairly rare in some regions.

However, there’s now more choice of colour, size and texture available on the market, and bricks are being used much more imaginatively by house-builders and commercial developers looking to differentiate their projects. The trend for smaller, niche developments of four or five houses in towns and villages, or in cities, where infill or brownfield sites are used, means developers have more scope.

There’s also a thriving market in re-purposing existing buildings to provide new, usually up-market homes – a Peckham pub conversion was reskinned with Weathered Original London Stock bricks to give it a more residential feel, while also bringing it closer to the look of the original property, with contrasting glazed tiles for the bottom part of the wall for a traditional ‘pub-style’ finish. The 10 warehouse-style apartments, designed by Vanquish Developments use brick slips internally too, creating ‘exposed brickwork’ feature walls for an upmarket look.

Whether it’s using an unusual bond or picking out details in contrasting colours, bricks can add touches to a development which make for great kerb appeal. A recent Cheshire development is a prime example, where a reclamation-style metric brick was used in a standard stretcher bond, with a decorative course of bricks laid in English bond, standing proud of the building – a subtle touch which adds interest and character to the homes. In contrast, a project in Oxford used contrasting yellow and red bricks to make an extension to a Victorian house blend perfectly with the original building. They’re all great examples of what house-builders and developers can do with bricks.