This reclaimed hotel floats south of the Australian external territory in the Indian Ocean. Here, an increase in plastic pollution has damaged ecosystems to the Cocos (Keeling) archipelago, trapping and killing hermit crabs amongst the crustaceans that are an important part of tropical environments. This sealife disperses seeds and aerates and fertilises the soil, therefore, their decline could have a significant impact on surrounding ecosystems. 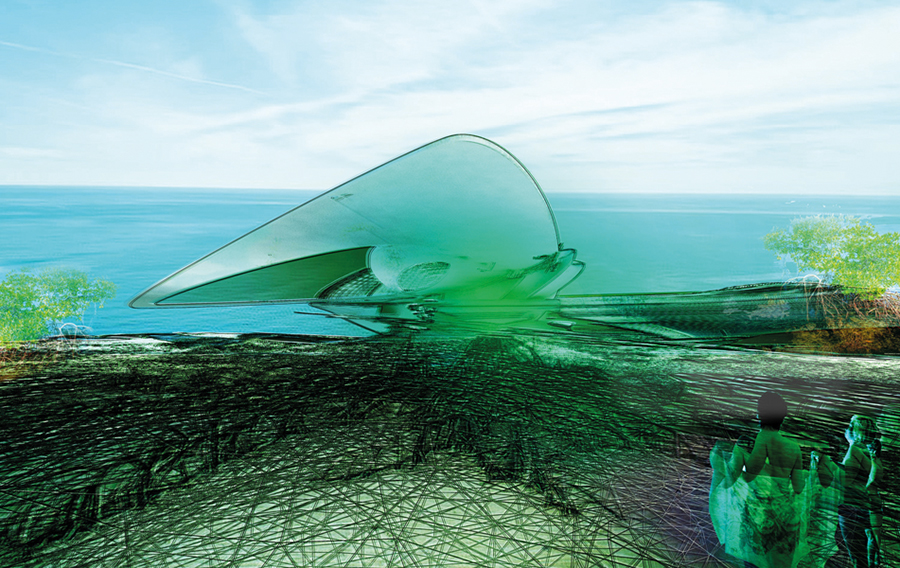 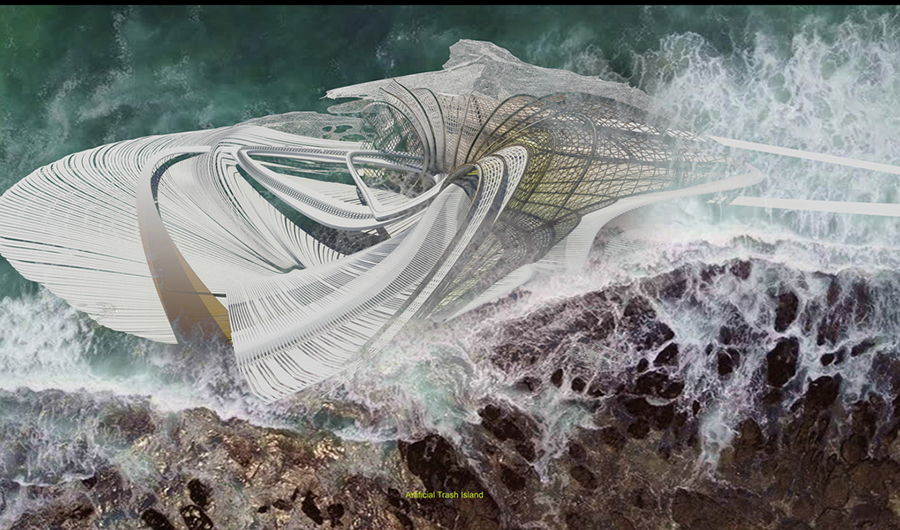 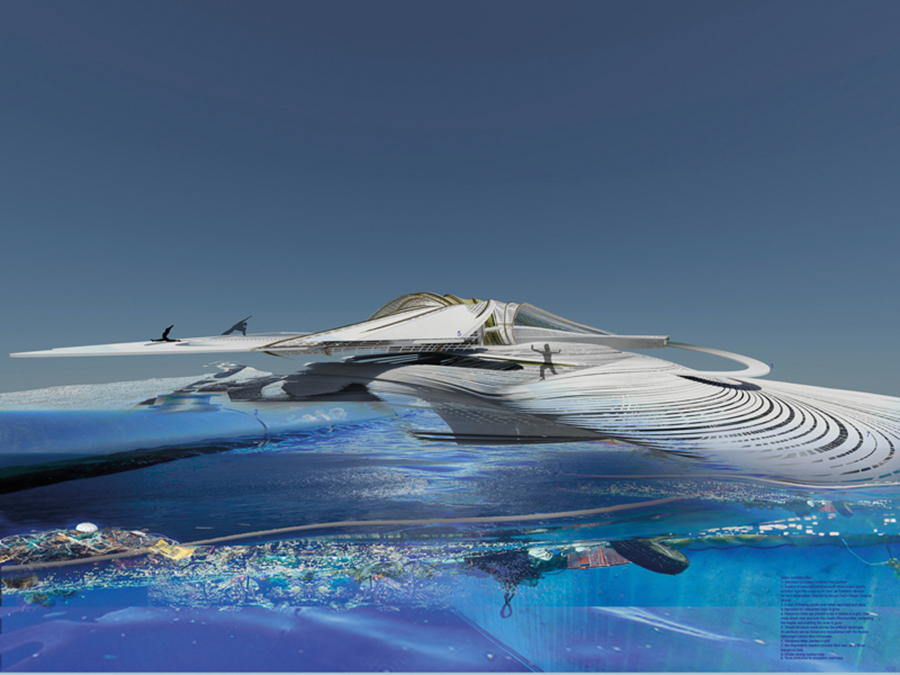 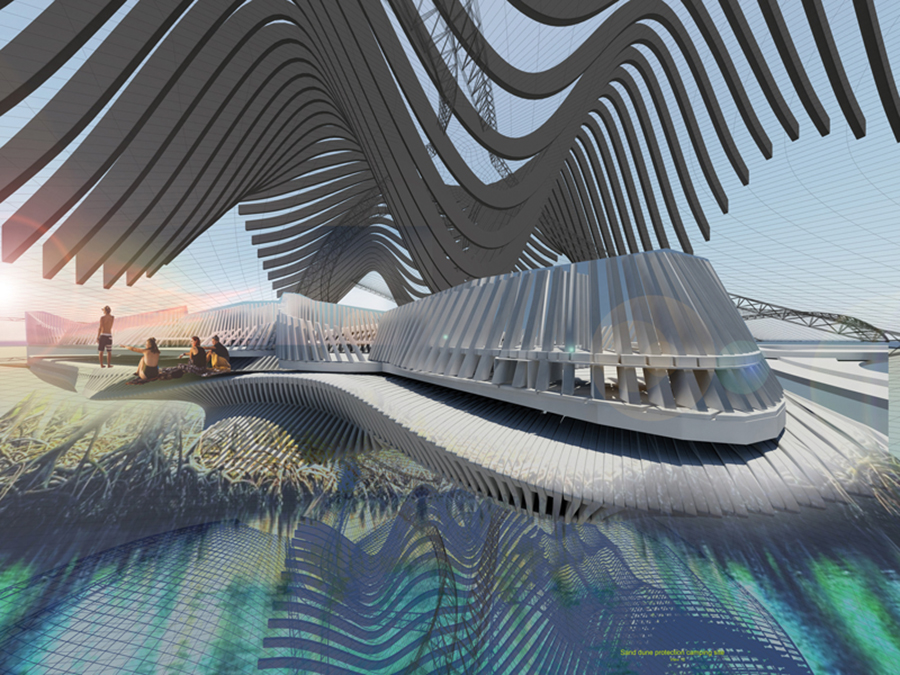 The design evolved into an ocean-plastic artificial island, and simulation software has been used to understand the movement and migration of large plastic waste in our oceans. Margot Krasojević Architects has developed an infrastructure that will support and engage with the accumulation of ocean plastic waste. The ocean current simulation software creates a map of the accumulation of the highest density of plastic waste. This technology was used as a starting point to understand how to collect waste and put it to constructive use. The concept of the hotel itself is to evolve as an ongoing, self-repairing structure that has grown from carelessly discarded plastics. The waste is captured through filters and extended inflated arms that gather and deposit plastics in mesh bundles that act as floatation devices. The idea is inspired by a Dutch team that has been looking into using different scavenged materials to reclaim the land.

The island consists of mesh-filled bags of ocean plastics – from bottles to tyres – which are woven together to create a floating landfill. The area is anchored to the ocean floor whilst sand and silt are deposited on the reclaimed plastic floatation devices. The concept is to make the space hospitable to nurture mangrove trees whose roots grow around the mesh-filled plastic bags, cementing them to create a stable structure.

A significant design element is the pleated structure of interlaced webbing, made from biodegradable-seeded concrete fibre mesh. These ‘tentacles’ expand and inflate into the oncoming swell, sinking as they absorb water, creating an artificial barrier trapping sediment and absorbing floodwater. In principle, they are the artificial mangrove roots that act as the island’s life jacket in an emergency. They expand the trapped sediment creating artificially-engineered land, almost like an inflatable runway. Each fully-immersed tentacle expands and falls on top of the next, creating a temporary wall and preventing water from flooding the island whilst also supporting it. Once the storm stabilises, the tentacles are emptied. Using pumps powered by solar panels, the water is redirected off the island and released into the Indian Ocean.

The hotel itself offers a series of compartmentalised, canopied rooms and land for camping. Showers use filtered and distilled seawater pumped onto the facility using solar energy.