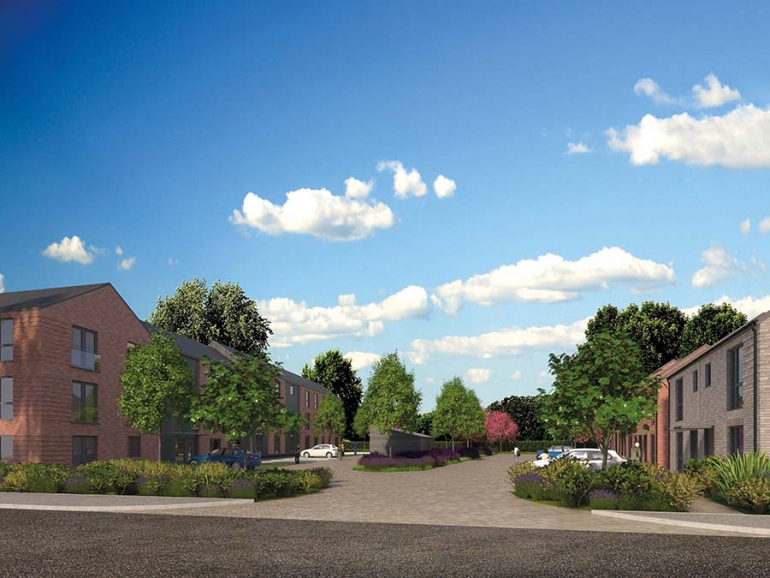 During the COVID-19 pandemic, there has been an increased focus on renewable technologies and the part they will play in the country’s road to economic recovery as the UK ‘builds back greener’.

In this article, leading supplier and delivery partner Kensa Contracting explores how attitudes towards low-carbon technologies like ground source heat pumps have changed in the past year and how they can be used with integrated sustainable energy systems that have the potential to decarbonise heating in the near future.

The role of renewables in building back greener

As Teresa May left parliament in July 2019, she set the UK the goal of achieving net-zero carbon emissions by 2050 – committing the country to the world’s most ambitious climate change target in decades. When the coronavirus outbreak began in the UK in early 2020, it seemed like this national emergency would put the brakes on the country’s efforts to move towards decarbonisation.

However, reviewing energy trends from the past year shows that during the pandemic – in a time when the production of energy from fossil fuels such as oil, gas and coal fell overall – renewable generation rose significantly compared with previous years, demonstrating its increasing importance to the national energy mix.

The social restrictions necessitated by the pandemic greatly reduced people’s mobility, and this, as well as a shutdown of industry, caused a reduction in greenhouse gas emissions and air pollutants such as nitrogen oxide and carbon dioxide. These widely reported environmental benefits led to a heightened awareness amongst the public of the need to be more eco-friendly and motivated them to campaign to continue the positive impact that it had on our planet.

Public opinion was backed up by Westminster, and in November 2020 the Government announced a robust 10-point plan committing to making homes greener and decarbonising the UK’s electricity supply, setting the country back on track to meet its net-zero carbon target. Branded a ‘green industrial revolution’, the plan aims to boost the low-carbon economy, creating 250,000 jobs.

However, reduced social mobility alone is not enough to curb air pollution and halt climate change, nor is it something that anybody wants to see long-term. It is worth noting that according to the CCC, 40% of the UK’s carbon emissions come from the domestic heating sector. With more people staying indoors and working from home, figures show that domestic energy consumption rose by 2.5%, with an increase in demand for gas, especially during the cold winter months.

This is an area Kensa believes that ground source heat pumps could have a massive impact on. Ground source heat pumps can achieve higher efficiencies than any other heating system by using the freely available and naturally replenished heat energy from ground and water sources. The Government’s 10-point plan announced that heat pumps will play a crucial role in the journey to net-zero carbon, with 600,000 projected installations per year by 2028. However, fewer than 1% of homes in England currently use one, so production and installation of the technology will need to be massively scaled up over the next few years if we are to achieve the target.

Architects and specifiers thinking outside the box

The Government recently provided motivation for architects to specify more heat pump systems with its long-awaited response to the Part L Future Homes Standard. The consultation response states that from 2025, no new homes will be built with fossil fuel heating systems, such as natural gas boilers, and anticipates that “heat pumps will become the primary heating technology for new homes”.

George Gillow, Sales Manager for the South West at Kensa Contracting, confirmed that the new legislation is certainly on the agenda of the specifiers, architects and M&E consultants that he regularly speaks with. He said: “In the last 12 months, the people I’ve been speaking with have been much more engaged and receptive when it comes to ground source heat pump systems. I think this is certainly to do with the new legislation – ground source offers top scores on compliance with Part L. It could also possibly be because they have more time at home due to COVID to do proper research into the low-carbon heating technologies that they will increasingly be specifying in the future.

“In the past, some people would shut down conversations about ground source because of the misconception that it was too expensive. They now realise that the technology often costs less than they thought and works out cheaper than air source and PV, whose efficiency fluctuates depending on the weather and season. Ground source heat pumps also have lifespans of 20 to 30 years and minimal maintenance costs, which is particularly useful for local authority housing association specifiers whose costings are based on 30- to 40-year cycles.”

Over the last 12 months, Kensa has received an increase in enquiries, especially in the new-build private sector, where the technology is seen as increasingly viable due to economies of scale. Kensa has developed an innovative shared ground loop system architecture, which is unobtrusive, scalable and perfectly suited for large domestic developments.

Ambient temperature pipework links clusters of boreholes to a network of heat pumps in individual properties. The shared ground loop system acts as a thermal energy supply grid, circulating low-grade heat from the ground, water or waste heat processes around a network of pipes. The heat pumps then upgrade this heat at the point of use to deliver heating and hot water whenever it is needed in the separate dwellings.

George explains the significance of ground source heat pump infrastructure: “The stumbling block for the widespread adoption of the technology has always been the ground array. Whether a system uses boreholes, slinkies or utilises a water source, installing the pipework needed to extract heat from the ground has often been regarded as the costly and difficult element of a ground source heat pump system. However, rather than a cost burden, at Kensa, we view ground arrays as an asset that can unlock all the advantages of our technology.

“We have developed a split ownership model that separates the cost of the heat pump unit from that of the ground array, allowing external funders, such as energy or water companies, to own and operate heat pump infrastructure that mimics the existing gas network. This provides a viable pathway for the widespread adoption of the technology. In a new-build scenario, a single decision-maker can ensure every household is connected from the outset, and it also means less cost for the house-builder.”