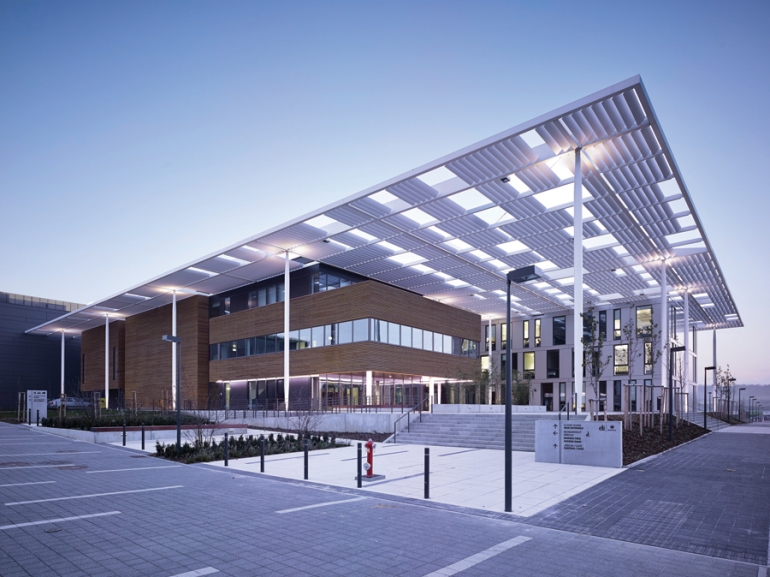 unded by The European Union, it is the first laser research infrastructure programme involving scientists from the global R&D community and is recognised as one of the EU’s most significant research projects.

The main goal of ELI is to create the latest laser equipment in the world. The new facility will host accomplished and implemented research projects covering the interaction of light with matter – the intensity being 10 times higher than values currently achievable. ELI will provide ultra-short laser pulses of a few femtoseconds (10-15 fs) duration and give performance up to 10 PW.

ELI will bring new techniques for medical image-display and diagnostics, radiotherapy, tools for new materials, developing and testing the latest in X-ray optics, etc. ELI will also be an attractive platform for educating a new generation of PhD students, scientists and engineers. The Czech Republic will become the host country for the top international research, which may attract further investment in advanced technologies with high added value.

ELI is designed to house some of the world’s most powerful lasers. These will be fired in four halls located within a submerged concrete bunker the size of a football pitch, positioned 9m underground to contain the effects of radiation.

The ELI Beamlines facility is a high energy, high repetition rate laser pillar of the ELI project. It provides pulses from four laser systems. To meet the requirement for high repetition rate, three of these lasers will employ the state-of-the-art technologies of diode-pumped solid state lasers (DPSSL) for driving broadband amplifiers. The fourth, multi-kilojoule laser will use a newly-developed flash lamp technology with an actively gain medium.

There are four components to the new facility: the laser experimental halls; clean rooms and laboratories; an office building and a multi-functional building which contains a library, canteen, lecture theatre and informal breakout spaces. The over-sailing canopy above the entrance offers a visual representation of the laser operation, as well as providing environmental performance.

Each volume has been given a distinct architectural character to reflect the uses within. The office areas are identified by crisp powder coated metal cladding, while the building’s public areas are clad in warmer timber. The laser hall itself is a dark windowless box – a massive concrete structure containing the lasers that could otherwise cut through most building materials.

The laser light is accelerated and oscillated within steel tubes which are laid side by side with a space between them where the light passes freely. This sequence is replicated a number of times to increase the intensity of the laser before it is ready to be fired. This gave Bogle Architects the inspiration for the louvre blades of the over-sailing canopy which is designed to represent the operation of the lasers, as well as providing solar shading.

In reality, the human eye cannot detect the light from a laser as this travels from inception to delivery in 1 billionth of a second. ELI will conduct experiments involving ion and electron accelerations. Laser driven particle acceleration is a new field of Physics, rapidly evolving thanks to the continuing development of high power laser systems enabling investigation of the interaction of ultra-high laser intensities with matter. In the future, laser accelerated electrons will be used to build compact electron-positron colliders or a full-optical X-ray free electron laser (XFEL), while laser accelerated ions will be fundamental in the development of full-optical hadrontherapy facilities for cancer treatment.

Ian Bogle states about the project: “Our goal was to unify the external appearance of the complex, aligning the disparate elements, and this was achieved by the enclosing canopy. While providing an environmental use, the canopy links the campus together, echoing the laser light within, but also highlights in many ways the hugely collaborative process that was involved in the design and execution of this new facility.

“The office space conforms to the local structure grid of 8.1m which allows for double-sided offices. The central zone incorporates break-out areas arranged around the atrium light wells. The central atrium links the offices with the multifunctional building via open bridges which in themselves adjoin the central feature stair and lifts.

“The multifunction building is arranged with more public areas to the south, incorporating internal and external dining areas, while the northern segment, containing the lecture theatre is deliberately calmer in feel. Structurally isolated from the public side of the building, the more industrial ‘laser halls’ are separated into five experimental chambers isolated from each other by 1.8m thick concrete walls and interlocking radiation shielding blocks. The longest chamber is some 20m wide by 110m long.

“We believe we have produced a design that is worthy of the title of the most significant Government project in the Czech Republic and one of the most important scientific programmes in the world.”

To cement its success, Bogle Architects was recently awarded the ‘Best industrial and logistics development’ MIPIM Award for its ELI Beamlines project. The practice was the lead designer of the project from concept design through to authorship review.

The European Commission part funded the construction of the centre, which was completed in December 2015. Representatives of the international scientific community, ESFRI, the ELI Delivery Consortium and key partners from the Czech Government all attended the opening ceremony.

Jan Rídký, Director of Institute of Physics, Prague comments: “We are delighted that the ELI Beamlines project has been recognised by the property industry’s most prestigious award.”

Bogle Architects’ Director, Viktorie Soucek, adds: “The ELI Beamlines project, commissioned by the EU, is one of Europe’s leading scientific research centres. We are thrilled that the design by Bogle Architects has won such an important award.”

Ian Bogle, Founder of Bogle Architects, continues: “Conceptually the building grapples with the notion of the ‘Duality of Light’ – creation of light in the laser halls, and the harnessing of natural light in the public areas for the wellbeing of the building’s users. There have been many challenges in the six years since the building’s inception, but we overcame these by the sheer skill, determination and team spirit of all the relevant stakeholders – client and design team alike.”