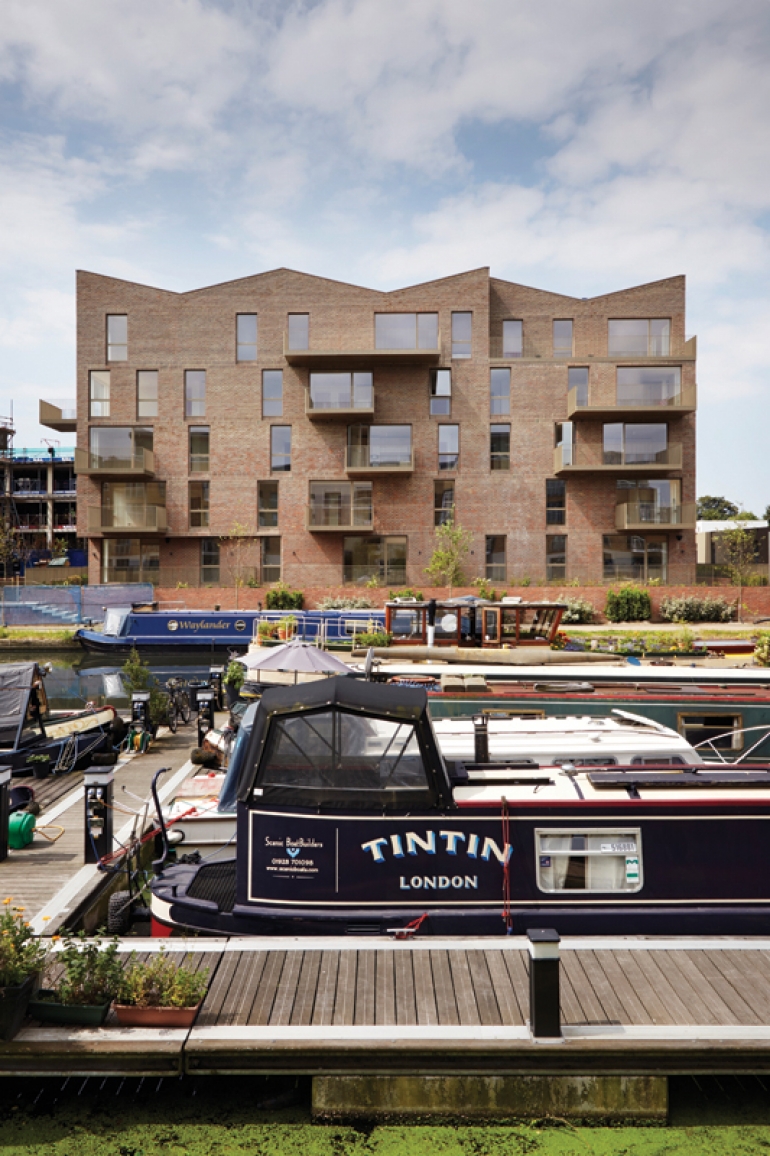 ew London Architecture, the capital’s leading think-tank organisation centred on architecture and the built environment, has announced the shortlist for the annual New London Awards. Comprising the best, most original and city-defining projects that have graced the capital in the past 12 months, this year’s awards see 137 projects across 16 diverse categories ranging from one-off homes to large scale masterplans and transport infrastructure.

London’s only awards to celebrate new projects with the highest architectural quality as well as outstanding contribution to London, the New London Awards features a varied array of projects – both built and unbuilt – from a community centre made of materials recycled from the 2012 Olympics to a set of bungalows in Barking, east London, and an installation on the South Bank inspired by the concept of love.

Awards will be handed out to projects that have either completed in the last two years or are now on the drawing board. High profile projects in this year’s awards include the Garden Bridge by Thomas Heatherwick Studio, in the Transport and Infrastructure category, and the substantial new office district created within the Pancras Square development in King’s Cross, which has received multiple nominations across the Public Spaces, Office Buildings and Public Buildings categories for its various elements.

Following the riots in 2011, the planned regeneration of Tottenham High Road has been nominated in the Masterplan and Area Strategies category. The scheme will see a collaboration with Tottenham Hotspur Football Club to create a new state-of-the-art stadium along with a new residential neighbourhood and community park.

Other major schemes to compete in the awards this year include the new townscape of the Keybridge House development in Vauxhall providing 415 new homes, the new Heathrow Terminal Two by Luis Vidal + Architects and the plans to integrate and improve accessibility of the difficult Barbican area with the rest of the City.

With London reaching record population heights, the Housing category provides the biggest selection of projects in this year’s competition. The redevelopment of the former art deco cinema, Queens, by Stiff + Trevillion and the courtyard housing bungalows by Patel Taylor display two of the smaller scale projects to be shortlisted. Whilst Aylesbury by HTA Design and Gasholders by Wilkinson Eyre demonstrate the larger scale schemes that are being created to try and cope with the capital’s growing population.

Public space and accessibility is a theme reflected in the installations that have made a major impact in the fabric of the capital over the past year. The Tower Remembers saw a sea of 888,246 ceramic poppies engulf the historic Tower of London site to help mark the centenary of the First World War. The Temple of Agape, a colourful interactive installation by Morag Myerscough, helped to add a new vibrancy to the South Bank streetscape with its theme of the Festival of Love. Pop Brixton is a temporary hub for workspace and leisure in the heart of Brixton, whilst the soon-to-be Borough Triangle development site has been opened up, prior to works commencing, to create a gallery, pop-up bar and a workshop for a technology charity.

The theme of placemaking has been a common thread through many of this year’s nominees across multiple categories with King’s Cross Square shortlisted in the Public Spaces category; the starchitect-spectacular Battersea Power Station in the Masterplan and Area Strategies category and the King’s Cross Pond Club, nominated for the Temporary award. The Clapham Old Town improvements in the Public Spaces category and the Ham Yard hotel complex, which reintegrates forgotten Soho streets, in Hotels & Hospitality are further examples of the renewed interest being focused on London’s public spaces.

The Public Buildings category is evidence of the rise in renovation and extensions to major institutions that have been undertaken or proposed in the past year.

The planned renovation of the Alexandra Palace East Wing, the NT Future regeneration of the National Theatre and the creation of the Reading Room at the Wellcome collection have all been shortlisted, each forming significant yet sensitive additions to some of London’s most beloved buildings. In the Hotels & Hospitality category, nominees include the new BFI headquarters by Ben Adams Architects, which saw the architects undertake the ambitious task of transforming the location into both a public and private venue with a restaurant on the ground floor.

Luxury hotels such as the new Mondrian hotel by EPR Architects with Design Research Studio and The Beaumont Hotel by Reardon Smith Architects and Richmond International also see nominations in the same category. Innovations in the hotel market complete the group, such as the Covent Garden hub by Premier Inn, a compact concept hotel consisting of 163 rooms, and the Wombat’s London youth hostel, which redefines the idea of ‘hostel living’ with a smart and chic design.

Other notable nominations include the 1Rebel gym by Studio C102 that has been designed to resemble a nightclub, a new private home converted from a 17th century, Grade I-listed church tower designed by Sir Christopher Wren and the new Al Jazeera studio and headquarters in the Shard by Veech x Veech and John McAslan + Partners, which has seen the creation of one of the most sophisticated and technologically-advanced production studios in the world.

With 263 towers planned for the capital, tall buildings such as Dollar Bay by SimpsonHaugh and Partners, located near Canary Wharf, Alpha Square on the Isle of Dogs, and the South Bank Tower by KPF Associates, near Blackfriars Bridge, made the shortlist in the Housing, Mixed-Use and Conservation & Retrofit categories respectively, demonstrating future icons for the capital.

Brand new buildings are celebrated at the awards as well as timeless classics that have been given a new lease of life. The varied scales of projects shortlisted in the Conservation & Retrofit category sees both the gargantuan BBC broadcasting complex at Aldwych, including the iconic Bush House, given a new lease of life as a flexible workspace for 21st century occupiers, and also the Black Cultural Archives in Brixton which has brought a derelict ‘at risk’ Grade II building back into active use as a landmark resource for Britain.

Camden has been the London borough with the most nominations with a total of 17 projects up for the award and the numerous architectural additions to King’s Cross has resulted in nine nominations. Architecture practice Allford Hall Monaghan Morris (AHMM) can celebrate their 25th anniversary this year with six nominations, joint highest with Allies and Morrison who also cap a successful year with six projects up for awards. They feature alongside a host of architects that are among the best and most prestigious in the world including Grimshaw, Farrells, Wilkinson Eyre, Stanton Williams, Gensler, SimpsonHaugh and Partners and Duggan Morris. Category winners and the Overall Winner will be announced at the NLA Annual Lunch at the Guildhall this month. In addition, special awards will be presented for the New Londoner Award, the figure that has made a significant contribution to the capital in 2015, and the Mayor’s Prize, for the project which has most creatively contributed to London’s economy.