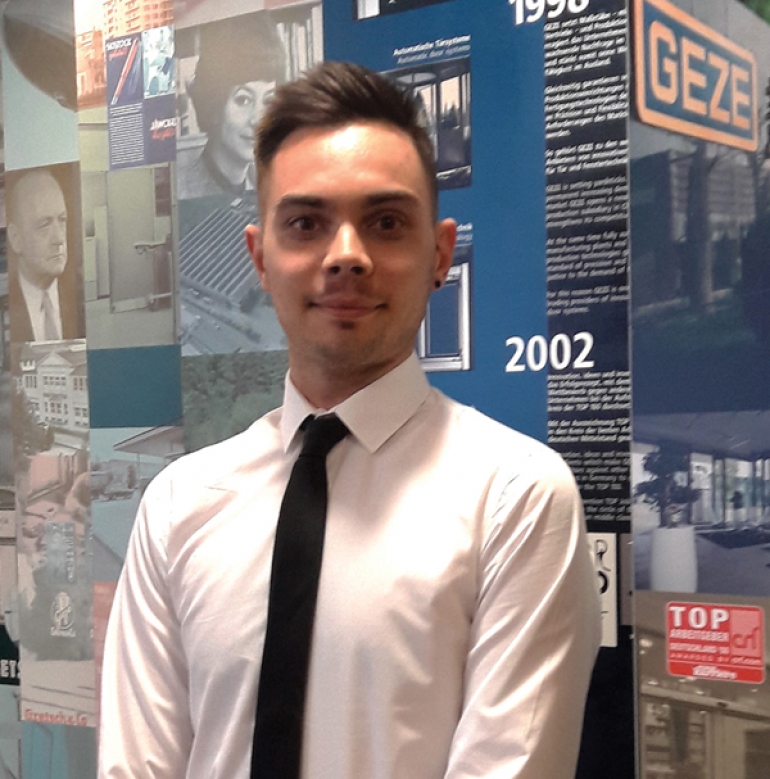 Change of Role for Luke at GEZE UK

He joined the company in 2011 as a member of the technical support team, moving to the estimating department three years later, before his recent move into sales.

His area covers Lincoln, Derby and Nottingham in the east, through to mid and South Wales in the west, and from Birmingham and the Midlands, to London and south east, and down to Cornwall.

Said Luke: “I aim to increase awareness of GEZE’s Window Technology portfolio throughout the Southern region of the UK. Joining an existing strong team, I believe that GEZE UK will become even more prominent in the Window Technology market place in the coming years. I am determined to help the team in driving the supply and fit Window Technology into the mainstream.”

Speaking of the appointment, Andy Howland, sales and marketing director of GEZE UK said: “Luke has gained considerable experience of the organisation and it markets since joining us in 2011. He knows the product ranges well from his time working in technical support and gained valuable commercial knowledge from his time in estimating. His move into sales has been hard-earned and we have every confidence that he will achieve great things in his new role.”

In his spare time, Luke, a keen Aston Villa fan, enjoys watching football and Formula 1 – a sport with which he was actively involved in the past.