In light of Brexit, what's next for the UK construction industry?

When the UK woke up to the news that it had officially left the European Union, there was a feeling of uncertainty and a question of ‘what now?’ in the air. We have not seen change like this in 43 years, so how long will it take us to adapt to being independent once more? Here, David Stapleton, Chief Executive Officer of TenderSpace, elaborates. 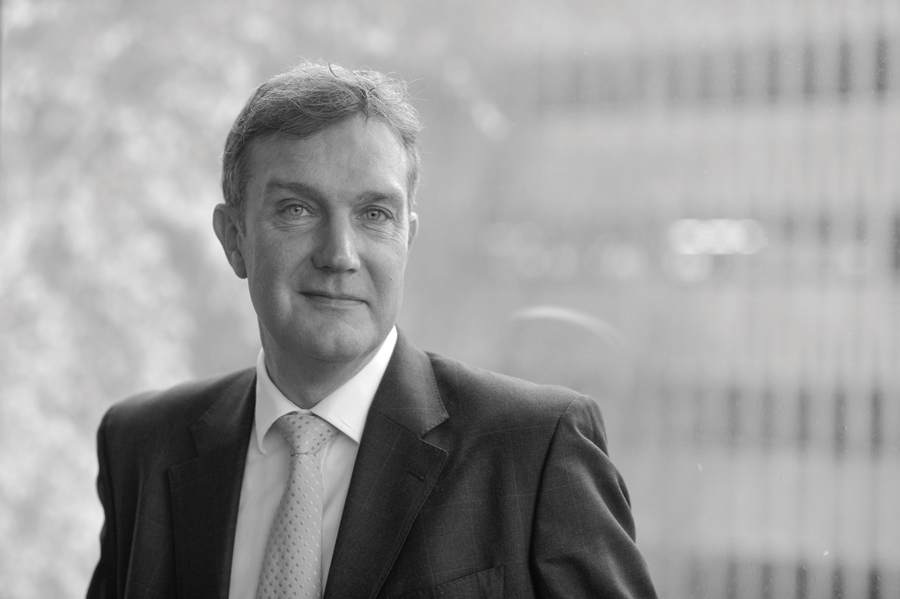 Before setting up TenderSpace, David Stapleton ran a number of successful commercial property companies including Sherborne Land, a private property development and investment company concentrating on the South and South West of England, specialising in retail park, leisure and office development.

ne thing is for certain, we must put aside our personal beliefs and accept that we have to work together to establish a strong and new UK.

But what exactly does it mean for those involved in, and dependent upon, construction here in the UK? Now that we are on the ‘outside’ of it all, I want to put forward some suggestions as to what could happen to the industry.

We will certainly now have greater opportunities to bid for public sector contracts – without the interference of the Official Journal of European Union (OJEU) businesses we will be more freely able to foster and forge relationships with public sector procurement specialists, free of stultifying procedures and processes.

With these new opportunities comes the need to showcase our skills and expertise in order to qualify for the chance to access the latest prospects. Initially UK manufacturers and suppliers will need to work harder and be smarter to both innovate and market their products and services in the best way. Historically, the UK paved the way in technological and industrial advances, but for whatever reason (perhaps our historic reluctance to converse in other languages, or perhaps a lack of fresh skills) this is no longer the case. The ability to tell the world that we’re back in business and to develop marketing and brand awareness will be essential if manufacturers and suppliers want to stand out from the crowd.

When it comes to analysing which businesses the ‘leave’ outcome will have the most significant impact on, it is likely that SMEs will not find it too difficult to adapt. In 2015 there were 5.4 million SME businesses in the UK, with just under a fifth, or 956,000, of all SMEs operating in the construction sector. Of these, research shows that only a relatively small proportion of UK construction contracting firms are exporters, with recent figures showing that only 6% of construction SMEs exported. SMEs involved in construction certainly have the skill sets in place and know-how to make the most out of trading within the UK.

Larger businesses on the other hand, the bulk of whom were in favour of staying within the Union, are now finding themselves entering a period of threat and challenge. This of course can come from overseas, but it can also come from within as the economies of scale that they benefit from also served as barriers for the smaller businesses. This could become less relevant in years to come as nimble and assertive SMEs challenge the old status quo.

The free movement of labour between the UK and other EU member states has always been considered a cornerstone of the UK industry’s success; however, we can now expect the potential of restricted access to itinerant labour and skills. Therefore, it will now be more important than ever that our industry invests in training in order to retain a skilled workforce for the future. The perception of access to a cheap ‘work ready’ labour force has always restricted the incentive to train, but things are different now.

With open trading (which is what many believed was at the heart of the EU) there will be other competitive threats to UK businesses. Not least from Asian countries; with their competitive manufacturing capacity and abilities. It used to be the case that ‘made in China’ was a synonym for poor-quality, but this has not been the case for many years as Asian economies have advanced and flourished. When their phenomenal growth slows – as it has been doing – they will press harder into our existing construction markets. The Chinese have already started bringing in their own work force and construction expertise on large-scale UK projects and the apparent demise of our steel industry is testament to the fact that we need to work harder and innovate.

Our membership of the EU was, it must be agreed, extremely beneficial in driving forward best practices for health and safety. The construction industry today is a far safer place to work than it was in the late 70s and 80s. A strong health and safety culture has seen a clear erosion of neglect and careless practices, greatly reducing accident and injury rates across an industry previously plagued with tragedy.

For proof of this, we need only compare the accident rates during the London Olympics with that of Rio, where eleven workers have died between 2013 and 2016 compared to none during the preparation for the London games.

Those hard won improvements in working practices must not and will not be eroded. Not everything that emanated from Brussels was bad and the legislative framework that has been created in regards to health and safety should ensure rights and duties are protected.

Whatever your view, whether you voted to stay or to leave, it is vital that we collaborate and adapt quickly. Whatever your sentiment, we are now sitting together in a smaller but fundamentally watertight boat. It is up to us as an industry and as a nation to chart our course. We have world-class skills, innovators and technology and we must not dwell upon what might have been, but instead must show leadership and take our skills to a wider market.