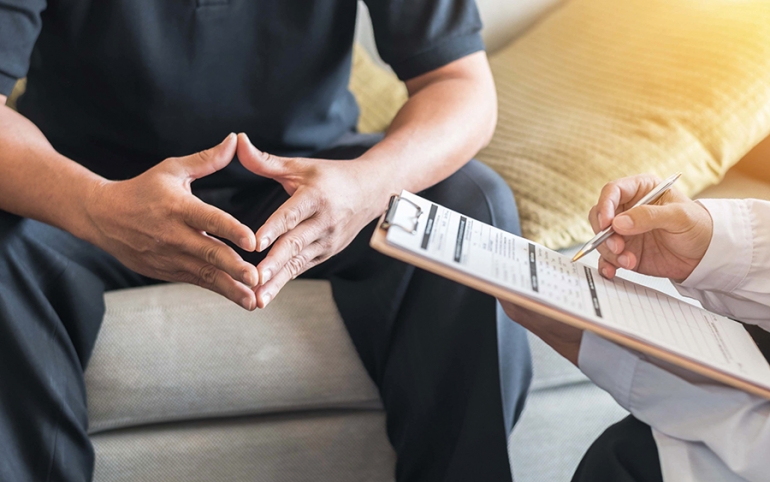 Data from the Office of National Statistics published in 2017 revealed the risk of suicide among low-skilled male laborers were three times higher than the national average. Furthermore, a CIOB report revealed 70% of construction employees suffered from stress-related mental health conditions as a direct result of working in the industry. Stuart Russell, Commercial Manager at CPI Euromix, discusses the steps construction companies can take to identify the signs before it’s too late.

Mental health has long been considered something of a taboo subject within the built environment. Considering the UK’s construction workforce is typically made up of men – although the industry is welcoming gender diversity – there is still an undoubted pressure among the workforce to fit the ‘strong and tough’ stereotype.

If we concur with this stereotypical view, then construction workers are as tough as the materials in their possession; they’re insensitive to the perils they face in their line of duty, and they’re mostly easy-going types whose hard-earned brawn has insulated them against the fears and anxieties felt by those engaged in less-rigorous employment. The reality is somewhat different, however.

The reality is borne out by figures which reveal one-in-six construction-based workers are suffering from a form of mental illness. The fact that suicide kills more people in the building sector is even more daunting.

Construction is a tough environment to inhabit. Figures from insurance company AXA’s ‘2018 Stress Index’ highlights 82% of workers in building and construction experienced stress during working and non-working hours in the week; with 42% experiencing some level of anxiety.

This worrying level of stress is a result of tight project deadlines, long working hours and physical exertion. Deadlines need to be met on a daily basis to satisfy a seemingly never-ending chain of command that begins with the client, but can include a host of contractors and various trades which are dependent on a person a lot further down the line getting their bit right for a project to proceed at sufficient speed.

Altogether, this irrepressible combination of physical and mental strain eventually takes its toll on mental health. For the sake of its employees, the industry would do well to confront these issues. Mental health must be dealt with transparently, realistically and sensitively, filtering down from senior management to the general workforce.

Thankfully, it appears the industry itself is becoming aware of the health issues in its midst. Initiatives such as Mates in Mind, a recently-launched charitable programme designed to improve and promote positive mental health in construction, has the backing of the British Safety Council, the Health in Construction Leadership Group, and the Samaritans.

In order to prevent minor stress from manifesting into unmanageable mental health issues, it is crucial to take note of any of the following signs. If you’re noticing a fellow colleague under stress or strain, be sure to keep an eye out for: unexplained absenteeism, detachment from peers, lack of self-confidence and decreased problem-solving ability. A combination of these factors might be present; alternatively, one or two might exist in isolation. Either way, it is crucial to be able to preempt an issue before it becomes a huge problem.

Here at CPI Euromix, we feel it is extremely important to raise awareness on the subject of mental health and reassure our employees that the support is there if and when required. Mental health issues reportedly account for people taking nearly 70 million days off sick per year – the most of any health condition – costing the UK economy between £70bn and £100bn a year. Proof, therefore, the ramifications of this debilitating condition can travel far beyond the distress it causes an individual.

The construction industry has been viewed by some as resistant to adapting to changes in working practices and behaviours, but it’s been swift to act in relation to a hitherto unspoken issue: the psychological wellbeing of its employees.

At CPI Euromix, we are aiming to overturn the negative view of mental illness and open-up discussion about its causes, symptoms and diagnoses. In our opinion, the construction industry should approach the welfare of its members with the same precision applied to a high-profile building or engineering project, which means paying as much attention to the interior, as well as the exterior details.