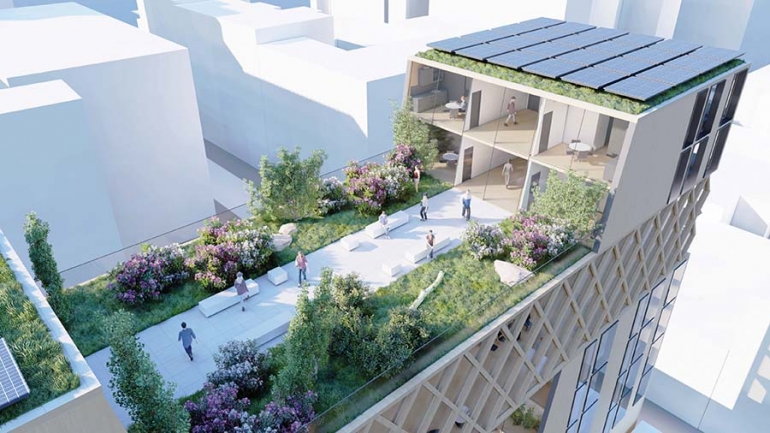 Responding to the City-centre Housing Crisis

Designers at the London studio of Perkins&Will have created an innovative, co-living community concept that responds to the housing crisis affecting major cities worldwide, placing the London team’s submission as the winner of an international, firm-wide competition held each year.

is Senior Interior Designer at Perkins&Will 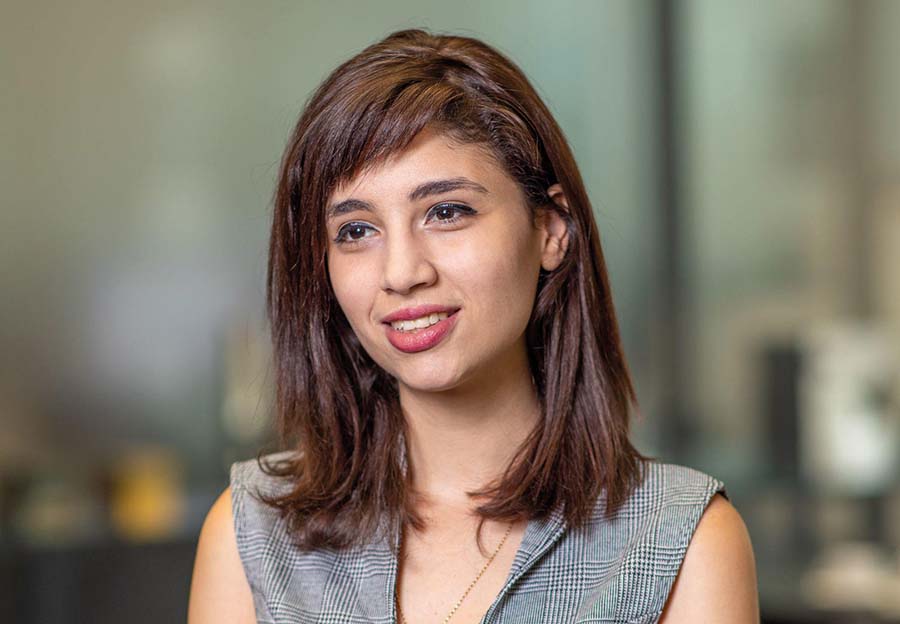 The concept, ‘arroyo’, is a community-led, sustainable co-living development which reimagines an industrial site in one of New York City’s most expensive neighbourhoods, the West Village of Manhattan.

Housing affordability is a critical challenge in many global cities, making this competition particularly timely. In London, for example, people earning a median salary would, on average, spend nearly half of their pre-tax pay on a typical one-bedroom house or flat.

This design exercise allowed the London-based team to think about housing affordability issues as a universal human right, rather than a localised, city-specific one.

Here, FC&A’s Editor, Rebecca Kemp, talks to Hala Elkhorazaty, Senior Interior Designer at Perkins&Will and winner of the in-house competition, to find out more about the concept.

Can you please let us know a bit more about the brief for this project?

The brief for this project was to design a co-living concept which addresses issues in the American housing market. These factors include:

And, how do you feel that you fulfilled this brief?

My colleague, Vangel Kukov – also from Perkins&Will’s London studio – and I fulfilled the brief by creating a co-living model, where renters have the opportunity to live in a high-quality development, with an actively involved community and options for reduced rent. The project reimagines an industrial site in one of New York City’s most expensive neighbourhoods, the West Village of the NYC borough of Manhattan.

We also designed a model for an app which helps organise bills and allows residents to earn points through involving themselves in the community to subsidise rent payments.

Talk us through the inspiration behind the concept.

The project was inspired by the concept of ‘arroyo’ – a place that was once dry, which then transforms to a stream of life after rain – to create a community-led, sustainable co-living development.

To truly emphasise the sustainability of the project, we based the entire piece around the concept of ‘living design’, to create an almost circular carbon footprint within the building. As well as using the existing foundation to minimise their carbon footprint, the London team designed a structural system using cross-laminated timber (CLT) and glued laminated wood (glulam) in a diagonal pattern, to form a unique, lightweight and environmentally-friendly structure for the building.

The architecture purposely maximises the amount of natural light entering the space and creates a valley for cross ventilation between the buildings and gardens to enhance the communal spaces. The building follows the living design concepts developed by Perkins&Will and thrives on the heartfelt concepts of civic architecture.

How does this scheme stand out from other affordable housing projects?

arroyo is a place that is open to the public and challenges the thoughts on the enclosed environments with strict rules. It is an inviting space with a burst of public spaces throughout the central valley that becomes a destination for public and private communities.

arroyo also responds to the housing crisis by giving residents multiple opportunities to subsidise their rent throughout the month by being active in the community. By sustaining the environment and continuously adding value, residents can gain points that can be traded for services or its monetary value in rent.

How easy is it to weave sustainability into affordable housing schemes?

Sustainability is fundamental and needs to be the basis of any design we make moving forward; we are no longer in a time that this aspect can be looked at as an additional item. Now, with the progress of the market and the increased awareness of the positive long-term effects of a sustainable design scheme, I can positively say that this can be a simple task if planned early on in the scheme design. The benefits of sustainable design will fundamentally benefit those dwelling in the new spaces as much as those managing it.

Is there any sustainability-focused advice you can offer other architects working on housing schemes?

After working on a scheme for arroyo, I do feel humbled by the work residential architects need to do in their projects; it is a complex and quite personal approach to design.

I would say that coming from a different background almost allowed me to break some of the misconceptions about residential design and relook at a lot of the traditional concepts in a new light. Part of which is the idea of sharing services or ‘communal areas’ – this has always been looked at negatively. Still, there is quite a positive effect on the community as a whole which we tried to explain in arroyo.

Another idea was to focus on materials; there has been a lot of progress in new materials that are more healthy, sustainable, have a minimal carbon footprint and can live much longer than those used in residential design. These can be used in a non-traditional way and can truly impact the sustainability of the project.

Last, is the idea of leasing of products (e.g. furniture, light as a service, kitchen devices etc.). If we move closer to a model of less ownership, this would ease the cost burden for many residents. This will also enforce many manufacturers to look at more circular design aspects in their products as they will have the responsibility to take back and re-use in future products.

On the other hand, I would like to say that there is much to learn from residential design in different sectors, as it genuinely embodies a human-centric approach and celebrates it in every aspect.

The Precautionary List is dedicated to supporting open and honest disclosure of building materials. Perkins&Will created a website called ‘Transparency’ to influence the design and construction of healthier buildings. The website essentially provides a ‘precautionary list’ of materials which designers can refer to when working on projects, to reduce the global chemical burden and produce healthier built environments. It also provides a platform to showcase resources, news and data which supports open and honest conversations surrounding building material ingredients. We incorporated these aspects into the arroyo concept to create a building that is healthy for both the residents and the planet.

How beneficial do you think in-house design competitions like these are to members of the team?

These in-house design competitions are a fantastic opportunity to promote a diverse range of designers and their individual skillset across international studios of Perkins&Will. Furthermore, it allows designers to explore different markets from the countries they are based in, as well as other project types we might not usually work on.

These design competitions are usually held in a short timeframe and this helps us all enliven our competitive and team spirit to meet the time constraints as well as being an opportunity to let our imaginations run free without the usual constraints of clients and budgets.

What have you learned from this project?

For us in the London studio, we had the chance to bring a fresh perspective to challenges facing New York’s housing market, which when compared to London, fundamentally face very similar issues around destiny, affordability and sustainability. The exercise made us look at these issues as a universal human right, rather than a localised, city-specific one.

Is there anything from this project that you’ll be applying to active schemes?

Yes, we launched the Perkins&Will living design principles, as well as some research on circular economy and carbon footprint for arroyo. We are actively using these concepts in our current projects as well as building on the research for our future responsibilities of being leaders in the sustainable and human-centric design.