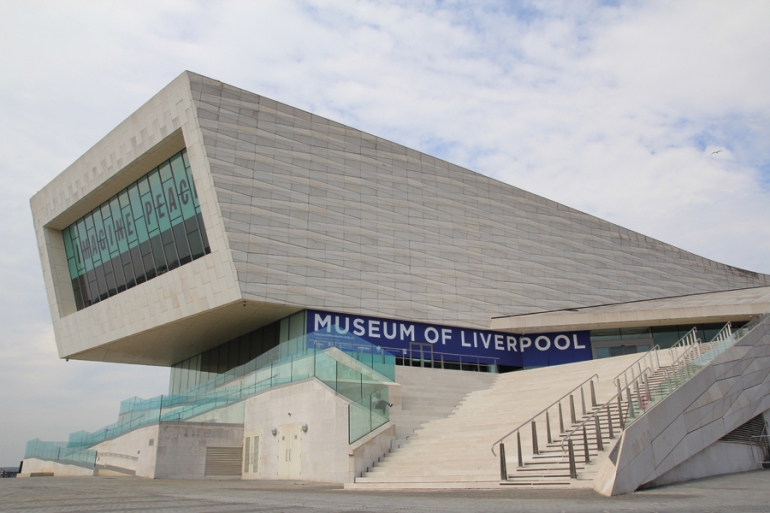 Remedial works at one of the UK’s largest museums required a highly durable waterproofing system and skilled workmanship. Stuart Hicks from Kemper System gives an insight into the project and how complex installation challenges were overcome.

he Museum of Liverpool is the largest newly-built national museum in the UK for more than 100 years. Positioned over the Leeds-Liverpool canal link, it spans an area 110m long by 60m wide and is 26m high at its tallest point.

Architecturally, it is a unique structure, which has been built using 2100 tonnes of steel, 1500m² of glazing, 7500m³ of concrete and 5700m² of cladding in natural Jura stone.

Beneath its stone cladding is a complex steel frame with large column-free spaces which create flexible displays within the galleries.

Attracting more than two million visitors since opening, it is also the first museum in the UK to be dedicated to a city’s history.

Although the Museum of Liverpool was newly-built in 2011, remedial works were required to rectify former construction issues, so architect firm Bickerdike Allen Partners (BAP) was appointed. This work involved removing the original terrace steps and the failed single-ply waterproofing of two separate terraces to the north and south of the building.

It was essential that the new waterproofing system could resolve many of the issues resulting from the original construction and guarantee that the structure would remain watertight. As a result, Kemperol 2K-PUR, a solvent-free liquid waterproofing solution, was specified.

Roofing contractor K Pendlebury & Sons was appointed to carry out the work on the new terrace support structure and structural deck. Due to the unusual design of the structure, this had to be carried out in two phases. Once the original steps and terraces had been removed by the main contractor, WH Snow, K Pendlebury & Sons applied Kemperol 2K-PUR to the original concrete slab underneath.

Phase two saw a complex steel support system installed and bolted through the new waterproofed concrete slab. This presented a number of challenges for the roofing contractor.

The waterproofing had to be installed on slopes ranging from 20 to 35° and around very specific and intricate detailing. This included 672m of galvanised steel stepped beams with more than 200 small individual supports and more than 3600 individual bolt heads securing the steel to the slab.

A further challenge was the building’s location right on the waterfront which resulted in harsh weather conditions, including wind-driven rain.

One major advantage of using the liquid waterproofing was that it was applied wet-on-wet, so could be installed quickly and effectively, including around the extensive structural detailing and awkward shapes.

The application process involved laying reinforcement fleece directly onto the first application of wet resin, immediately followed by more resin on top to ensure complete saturation of the reinforcement fleece. This provided the roofing operatives with the visible assurance that the correct amount of resin had been used throughout, and a consistent depth of coverage and membrane thickness had been achieved.

After curing, the system created a strong bond directly to the substrate, forming a seamless, elastomeric waterproof membrane that cannot delaminate. This will ensure the waterproofing performs to the highest standards to keep the museum watertight for many years to come.

The project also included the application of a protective coating consisting of Kempertec EP5 Primer and quartz sand to the flat terrace areas where cement-bonded blockwork supports were being used.

The museum remained open to the public throughout the remedial works, including all the structural elements, waterproofing and installation of the new replacement terrace steps.

As the Kemperol 2K-PUR was odourless, this also assured the client that anyone visiting or working at the museum during the works wouldn’t be affected by any disruptive odours.

The project was successfully completed allowing the museum to finally be revealed in all its glory in May this year.

The new exterior stairs to the Museum of Liverpool offer fabulous views of the city’s famous Three Graces – the Royal Liver Building, the Cunard Building and the former offices of the Mersey Docks and Harbour Board. Both ends of the museum now also feature seating, terraces and steps, leading to two viewing platforms offering unique observation points for the city, River Mersey and Liverpool Bay.