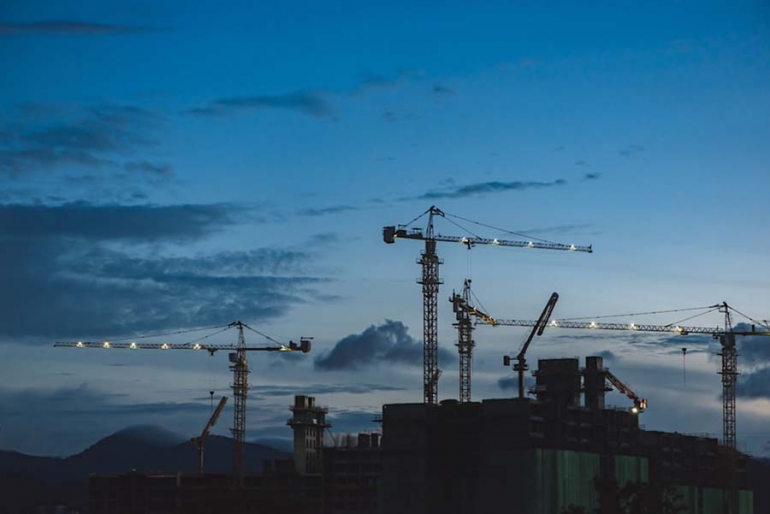 What recent construction laws mean for your firm

The construction industry has undergone many changes in recent years and has consistently adapted. New laws have been triggered by nationwide changes, devastating disasters and the current political climate – unpredictable events have led to sudden legislative amendments. If construction businesses aren’t prepared for what is going to be thrown their way, they will fall behind, and their business will suffer. So, for the sake of both businesses and potential clients, NiftyLift takes a look at recent laws, and how they will affect this affluent industry.

The instrumental changes in GDPR law came into play on 25th May 2018. Although all seems to have quietened down about this legislation, the alterations must be constantly considered by all businesses. This also includes those within the construction industry.

GDPR (or The General Data Protection Regulation) laws regulate how businesses attain, store and use personal data. As a European Union regulation, GDPR serves to protect the safety and privacy of all European citizens. It was created in response to such data scandals as Cambridge Analytica’s Facebook data harvesting. GDPR affects all sectors, and the construction industry needs to stay vigilant about how it is handling client and staff data in order to avoid penalties. The maximum penalty for non-compliance is €20m, or 4% of global turnover (whichever is highest), so make sure your business is in check.

It has become common malpractice for suppliers to charge VAT to their customers, then failing to pass on the money to HMRC – profiting from tax evasion. This new law intends to cut out construction industries as a tax middleman, and make sure the VAT is collected directly from the consumer.

In a recent survey, it transpired that 69% of construction firms were unaware of the imminent introduction of this reverse charge.

We are now two years on from the Grenfell disaster that claimed the lives of 74 high-rise residents on 14th June 2017. So, what has changed? And how have recent laws reflected this travesty? In light of last year’s Hackitt report, many recommendations were made regarding the use of combustible cladding by construction companies. The report identified a need for an “industry-wide cultural shift away from cost-focused agendas and towards prioritising good quality service and products.” And since then, there have been adjustments to laws regarding cladding on high-rise buildings.

Combustible cladding has not yet been banned outright. But a new regulatory framework has been put in place around its utilisation. Currently, the minimum height requirement for a building project to demand non-combustible cladding is 18m. A new law that was set to roll out in Scotland in October 2019; however, will decrease the minimum requirement to 11m – hopefully creating a safer structure which will slow the spread of fire.

The Hackitt report also emphasised the importance of reassessing existing buildings rather than simply focusing rules and regulations around new builds. Within the report, it was stated that buildings of over 10 storeys were to be considered “multi-occupancy higher risk residential buildings” and, therefore, at greater risk of fire. Building Regulations, and the safety of access platforms, will need to be considered by the construction industry in light of these requirements for multi-storey buildings.

Thanks to recent legislation, the second party can initiate their own adjudication attempting to retrieve the ‘true’ value after an overpayment has been made.

Both general laws aimed at all sectors, and legislation directed specifically at the construction industry are set to continue having a big impact over the next few years. The best way that you and your company can be successful is to remain aware and adaptable. This way, you’ll be ready for anything new legislation throws at you.