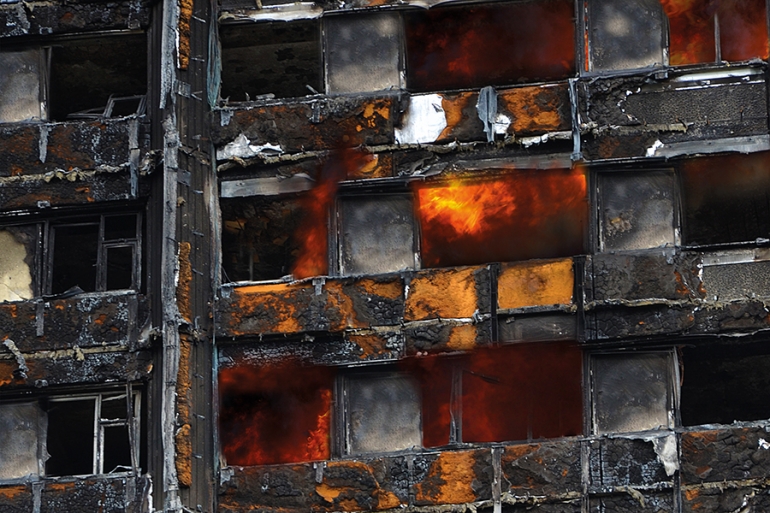 Peter Johnson, Chairman of Vivalda Group, thinks we may finally be nearing the end of the Grenfell saga.

ith just four words – ‘new building safety standards’ – hidden away at the end of the eighth paragraph of this year’s Queen’s Speech, we finally have confirmation that the construction industry is finally getting a new, independent safety regulator. And that new body will be there to force developers and landlords to comply with rigorous new safety standards. About time too.

Hailed by many as the biggest reform of the sector in 40 years, the new law will impose far stronger obligations on those responsible for the safety of high-rise buildings throughout design, construction and occupation. We await final details as the legislation makes its way to the statute books.

While the new safety regime is very welcomed, there still remain practical challenges within the post-Grenfell cladding sector – specifically where the private sector is concerned. Back in May 2019, the Government set up a £200m fund to replace unsafe Grenfell Tower-style cladding on around 170 private high-rise residential buildings across the UK. However, looking forward, how will landlords of presently ‘safe’ buildings be expected to meet the cost of refurbishment, should the new legislation raise the current safety bar?

We are concerned that there may be significant numbers of public and private high-rise developments that are currently within safety limits, but may retrospectively be deemed unsafe if new tests reveal inadequacies in the existing safety regime. The UK’s dysfunctional building safety culture was painfully exposed by the Grenfell Tower tragedy. The new laws to create a much-needed regular should be applauded, but we’re not out of the woods yet, when it comes to healing the wounds created back in July 2017.

Next in the cacophony of reports and recommendations comes the official enquiry into the Grenfell disaster, headed by former High Court Judge Sir Martin Moore-Bick. Losing patience in the chronic progression of the process, Prime Minister Boris Johnson wrote to the judge earlier this year, stating that the first part of the report (looking at the period leading up to the fire) must be published before the end of October.

Now available, this first instalment focuses on the events of 14th June 2017, encompassing London Fire Brigade’s response, the decision to order residents to stay put while fire engulfed the building. It also considers issues such as communication between residents and 999 emergency call operators.

Due to commence in January 2020, the second part of the inquiry will examine the events prior to the night of the fire, including decisions made by the owner of the 24-storey tower, the Royal Borough of Kensington and Chelsea, and the landlord, the Kensington and Chelsea Tenants Management Organisation. It is expected that the architects, Studio E, the contractor Rydon and material suppliers, including Celotex and Arconic, will come under scrutiny.

Conclusions are not expected until at least 2021, which means any decisions on charges of manslaughter or corporate manslaughter by the Crown Prosecution Service are not likely to take place until after that.

In the final analysis, we will have to wait to see those responsible for the tragedy brought to justice. In the meantime, contractors, suppliers and architects will watch carefully to see the details of the new safety laws and their regulator.