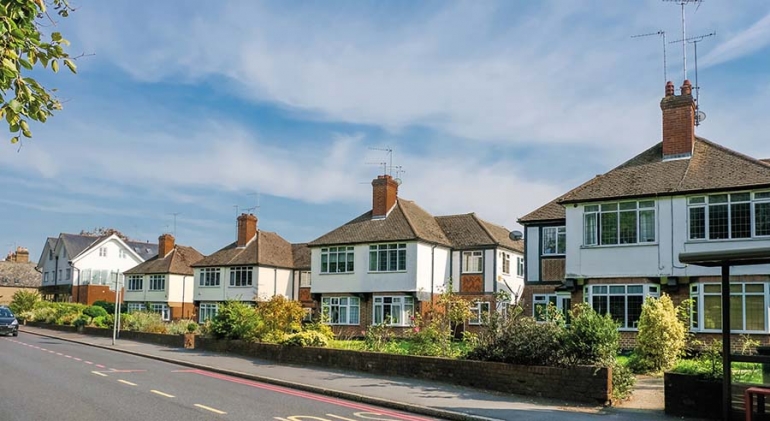 The Government’s Green Homes Grant, introduced on 30th September 2020, was meant to encourage homeowners to make their properties more energy efficient. Instead, the scheme has been beset by criticism from consumers and installers alike. Here, Ian Rippin, CEO at MCS – the national standards organisation for renewables – discusses what he views as flaws in the scheme, and what can be done to ensure low-carbon technologies become a staple solution for new-build properties of the future.

In the wake of a global pandemic, which has seen increased pressure placed on the Government to support Britain’s tradespeople, you could be forgiven for thinking that Chancellor Rishi Sunak’s Green Homes Grant arrived at just the right time for the renewables sector.

A £2bn investment designed to support more than 100,000 jobs in green construction and, in turn, allow for home improvements in an estimated 600,000 properties across England, it was sold as a means of economic recovery with the environment at its heart.

Consumers were to be given vouchers of up to £5000 to spend on energy-saving home improvements – with low-income households eligible for up to £10,000 – covering insulation, heat pumps, solar thermal and more, and creating an estimated saving of up to £600 per year on home energy bills. To complete low-carbon heating installations, tradespeople must be certified by the Microgeneration Certification Scheme (MCS) and be TrustMark registered.

However, since its launch, homeowners and installers alike have shone a light on numerous flaws that have called the efficiency and effectiveness of the scheme into question.

At MCS, we have fielded calls on a daily basis from installers seeking clarity and expressing their concerns. Having had something of a turbulent year due to the pandemic and subsequent lockdown, they have returned to work and are busy delivering on existing projects that had been paused. As such, they now find themselves without the capacity to fulfil new projects under the Green Homes Grant; much less to recruit and train the requisite number of installers.

Homeowners have also queried the process. The eligibility assessment alone has proven challenging, as it asks specific questions about property infrastructure that your average homeowner is unlikely to know. Subsequently, a great deal more work is needed to help consumers understand the best options for making their home more energy efficient.

A national commitment to green energy

In 2019, the UK became the first major economy in the world to commit to ending its contribution to global warming by 2050, bringing all greenhouse gas emissions to net-zero.

Decarbonising heat is our biggest challenge when it comes to achieving net-zero emissions, with the built environment contributing around 40% of the country’s total carbon footprint. Heating alone accounts for 10% of carbon emissions, with homes having a more significant impact than any other form of construction.

To date, meeting this target has meant a focus on retrofit: installing green energy in existing properties to save money on energy bills in the long-term and reduce carbon emissions. Undoubtedly, the right approach at this point in time, as existing properties certainly present the biggest challenge.

The dilemma is that essential carbon savings ultimately come at a cost to the homeowner. A heat pump, for example, is not a like-for-like replacement for a gas boiler, many of which are distress purchases with consumers only choosing to ‘upgrade’ when their existing boiler breaks down. The installation of a heat pump delivers immediate carbon emission savings which, dependent on the type of heat pump installed and the system it is replacing, can lead to reductions of up to 70%*. Still, to work well, they require a comprehensive system created by a skilled designer and, for some properties, new pipework and radiators, all of which adds to the cost of installation.

Looking to the future

In our view and that of our installers, the Green Homes Grant is the very definition of short-termism. While the scheme has clearly stimulated consumer interest in green energy, which has translated into demand, with just five months (up until March 2021) to fulfil a £2bn commitment by the Treasury, it is not surprising that the sector is struggling to keep up.

In fact, a number of our certified installers have found themselves subject to such a volume of enquiries that they have been forced to advise they are no longer accepting those in relation to the grant. Government incentives are welcome, but we need real, long-term policy initiatives that support a supply chain capable of installing up to one million heat pumps per year by 2035.

If we are truly serious about meeting our target for net-zero emissions, we must also ask ourselves why we are continuing to install fossil fuel systems in new-build properties. The Future Homes Standard consultation, aimed at property developers, builders and manufacturers, among others, ran from 1st October 2019 to 7th February 2020. It sought to address this question, with proposals to future-proof new-build properties with the installation of renewable heating and hot water systems.

While we await the conclusions of the consultation, which will determine the changes to Part L and Part F of the Building Regulations for new dwellings, MCS is lobbying Government for a commitment to ‘shutting the stable door’; ensuring that all new properties set us on the right path to meeting our emissions target.

In addition, the value of certification cannot be overlooked. Quality is key for making our commitment viable in the long-term. MCS certification relies upon standards developed by industry experts, which have been tested in the field on over 1.3 million renewable energy installations and we feel strongly that all homes in the UK will benefit from this industry standard, including new-build homes.

The industry is stepping up to a cliff edge as we await the end of the Domestic Renewable Heat Incentive (RHI) in 2022 and in our opinion, the level of fiscal support levelled at the Green Homes Grant would have been better suited to the Clean Heat Grant, which is currently going through consultation and aims to direct further investment into heat pumps as a source of renewable energy.

Nevertheless, with a commitment to the extension of the Green Homes Grant, backed up by an understanding of how the sector will be supported in the coming years, we are confident that the scheme could play a strong part in helping to build confidence, grow our industry and put us on track to meeting our commitment to net-zero emissions by 2050.